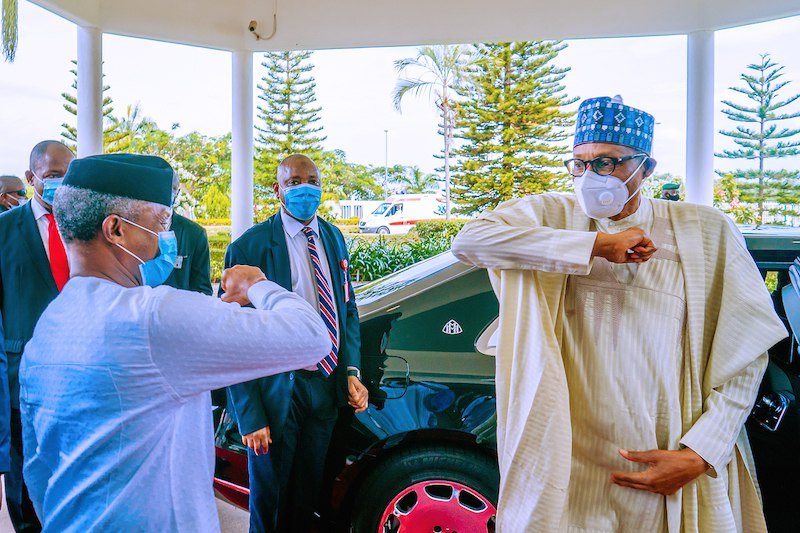 The discussion took place behind closed doors just before President Buhari left Abuja for a summit of the African Union (AU) in Malabo, Equatorial Guinea.

The All Progressives Congress (APC) presidential primary, set for May 29 to 30, and the development of a consensus candidate were among the topics discussed, according to Anaedoonline.ng.

Osinbajo is also said to have informed Buhari on his recent talks with party delegates and stakeholders in majority of the country’s states.

The gathering takes place only a few days before the APC’s extraordinary convention to determine its presidential candidate for the general elections in 2023.

On Saturday, May 28, President Buhari is due to return to Nigeria from Malabo.

The presidency has yet to issue an official statement on what was discussed during the meeting as of the time of reporting this article.

Meanwhile, Femi Gbajabiamila, the Speaker of the House of Representatives, has been permitted to run for another term after serving as a legislator for five straight terms.

The Lagosian has been cleared by the All Progressives Congress, APC, to seek a return ticket, according to a document acquired by newsmen on Thursday, May 26.

Based on records, Gbajabiamila is the second longest-serving member of the House of Representatives in the history of Nigeria behind Nicholas Mutu of Bomadi/Patani Federal Constituency of Delta State who has been a member of the green chamber since 1999.