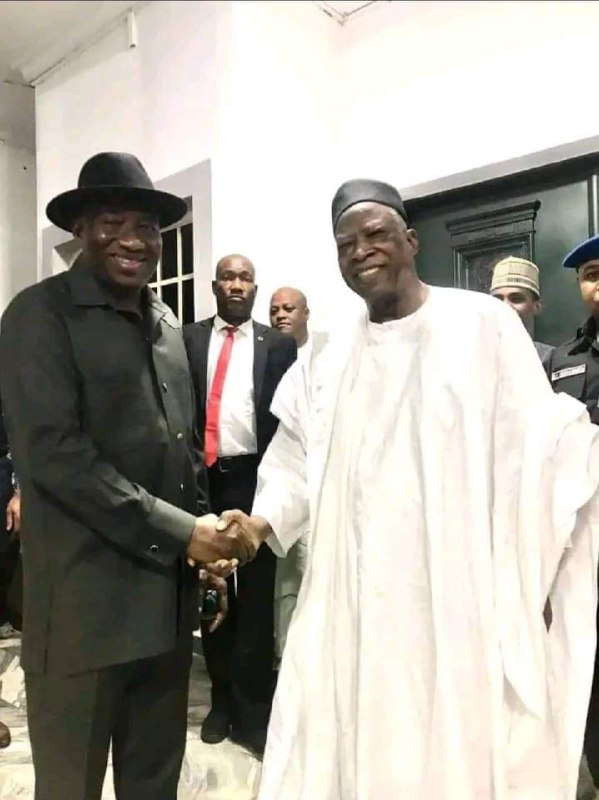 Former President Goodluck Jonathan may have been duped by the Aso Rock cabal into believing he would be given the governing All Progressives Congress’ automatic presidential ticket in 2023, according to a presidential source who spoke to SaharaReporters on Monday.

The powers behind the throne are a cabal made up of members of President Muhammadu Buhari’s extended family and allies.

This group, chaired by Buhari’s nephew Mallam Mamman Daura, is alleged to hold the President’s ear, influence policy, and decide who gets significant positions.

Jonathan met with Daura and other cabal members in Abuja, where he was offered the APC’s automatic ticket, according to Anaedoonline.ng.

He was told during the meeting that President Buhari would anoint him, while other aspirants will step down as it was done during the March 26 national convention of the APC, which produced Senator Abdullahi Adamu as the chairman of the party.

“He was deceived by the cabal and he fell for it, he is a joker. With all the promise, his name didn’t even appear on the list of those to be screened. That also prevented him from attending the PDP’s presidential primary election,” the presidential source said.

One of Jonathan’s aides acknowledged to Newsmen that the former President was duped by the cabal members in order for him to skip the Peoples Democratic Party’s convention.

He said Jonathan consented to attend the PDP convention last Saturday after Benue State Governor Samuel Ortom paid him a visit on May 17 at his Maitama district house in Abuja.

Despite having his photo on the party’s convention program booklet, Senator Abdullahi Adamu, the cabal’s and APC National Chairman, ordered him skip the activity organized by the party.

“I think he (Jonathan) was just deceived intensely to ensure he didn’t attend the PDP presidential primary.

“The APC Chairman told him they had to wait for President Buhari to come back from Malabo. After Buhari returned, they changed the tune and he (Jonathan) was unable to meet Buhari as promised by the chairman and cabal.

“Jonathan also travelled last night and will be back on Wednesday. But the problem now is that we heard Buhari is likely to have travelled by that Wednesday as well. So, the former President is confused, he seems to have trusted the cabal so well.

REVEALED: How Plan To Field Jonathan As APC Candidate Crashed

“You can see that his name is not even on the list that was released last night. The list was released after he left the country. His lawsuit judgement is no longer being considered as well; that was what they used to deceive him initially. This was someone who had assured PDP members that he would be at their convention and they printed his name and picture on their booklet but he didn’t show up, not knowing he was being deceived,” an aide to the former President told Newsmen.

A Federal High Court in Yenagoa, Bayelsa State on Friday ruled that former Jonathan was still eligible to contest in the 2023 presidential election on the grounds that he had only been elected into the office once, in 2011.

The trial judge, Justice Isa Hamma Dashen, in his judgement also held that Jonathan’s right to vie for the office of president again cannot be stopped by any retroactive law.

Anaedoonline.ng earlier reported that Jonathan is not on the list of presidential aspirants expected to be screened by the APC despite secretly submitting his N100 million presidential nomination and expression of interest forms to the National Chairman of the ruling party.

Presidency Distance Self From Move To Draft Jonathan Into 2023 Election, Reveals Those Behind It

Names of the presidential aspirants for screening as listed by APC: