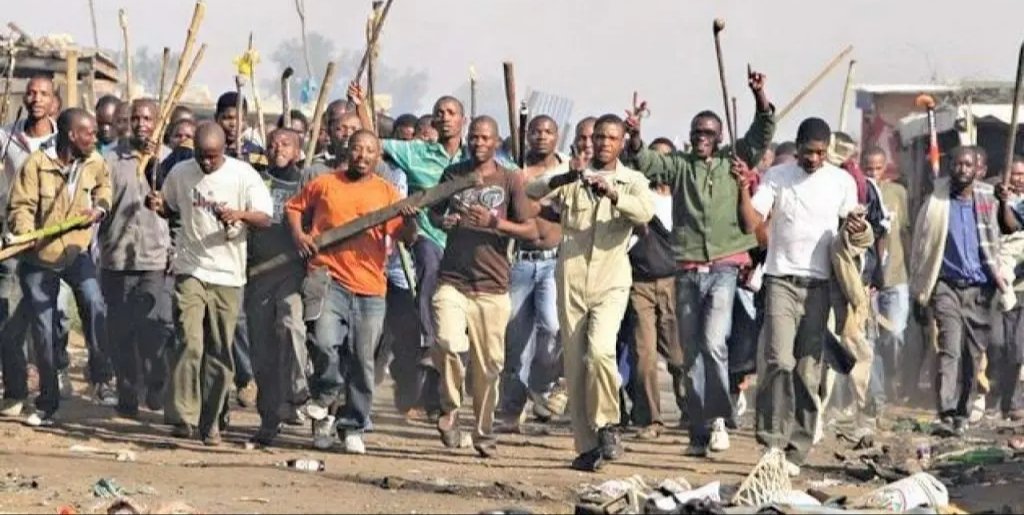 On social media, a video of Lagos thugs allegedly interrupting the voter registration process at Ojo LGA HQ, where traders from Alaba market had come to acquire their PVC, has caused a stir.

The thugs reportedly invaded the local government, attempting to carry the single INEC PVC machine at the center, but were overwhelmed by the throng.

This comes after Peter Obi, the former governor of Anambra state and a presidential candidate, urged INEC to speed up voter registration across the country, particularly in the southeast.

2023: Ignoring Igbos For President Is Watering Ground For Havoc – Amaechi

Obi declared in a tweet on Thursday that it was critical for Nigerians to vote in the general elections of 2023.

INEC, according to Obi, should find a solution to the problem.

His tweet reads: “Information reaching me indicate that voter registration across Nigeria, more so in the South East, is dogged by inertia & bureaucratic bottlenecks. I respectfully call on @inecnigeria to facilitate speedy registration of Nigerians to enable them exercise their voting rights.-PO”

Watch video and reactions below;

Igbo traders closed down Alaba market to register for PVC in Okoche LGA HQ today & Lagos thugs were sent to disrupt the process.

@applephilia wrote; ‘‘None at all , either the security agents will do the bidding of their paymaster or the bad boys will overpower, I don’t blame anyone who doesn’t wanna be a part of this contraption, this country is not working.”

@danmewo96 wrote; ‘‘There big men in Lagos who can provide personal security to subvert any attempt from these hooligans. Asking them to travel down to the East is not viable.”

@HenryIzunna4 wrote; ”@inecnigeria What did you expect from them, when their godfather as been given the ticket to run for the seat of president. That’s why will need to sensitize the youth more starting from grassroots to educate them the important of having their PVC, also to stop the menace from happening.”

munchngraciascakes wrote; ”My goodness, just to stop igbos from voting.”