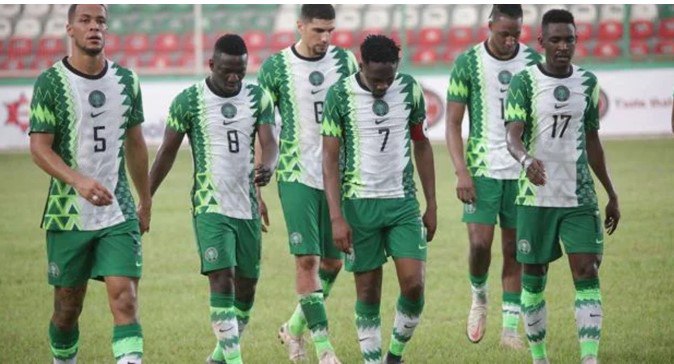 Remember that the Super Eagles failed to qualify for the Qatar 2022 World Cup.

While the Nigerian squad had seventeen shots on target, the host team did not make a single effort on the Super Eagles’ goal.

According to Anaedoonline.ng, the Nigerian team currently leads Group A with six points after winning two qualifying games.

Meanwhile, Manchester City has completed the signing of Erling Haaland from Borussia Dortmund for the 2021/2022 Premier League season.

The Norwegian professional player passed medicals at Manchester City in May after the top club expressed interest in bringing him to the Etihad Stadium, according to Anaedoonline.ng.

JUST IN: Shameful As Super Eagles Fail To Qualify For 2022 World Cup

Man City were interested in Haaland because of his goal-scoring record during his time at Molde FK, Red Bull Salzburg, and Dortmund.

In two and a half seasons with the Black and Yellows, the 21-year-old Norwegian international scored 86 goals in 89 appearances, earning the German Cup and the Bundesliga Player of the Season title in 2020/21.

Haaland while speaking to journalists today at the Etihad said it was a proud day for him to be in England, especially with Manchester City.