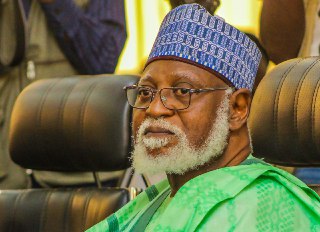 General Abdulsalami Abubakar, the former Military Head of State, was taken out of the nation after getting unwell and having a stroke in a section of his body.

According to a family source, the former president was airlifted out of the country three weeks ago to Dubai, United Arab Emirates, for medical treatment, but might now be admitted to a specialist hospital in the United Kingdom.

Governor Abubakar Sani-Bello of Niger State, who is also Abubakar’s in-law, was also said to have flown out of the country to be with the former president.

The source revealed that Abubakar who was brought to the UK for urgent medical care had been sick for some time.

“He was 80 years old last week and all plans to celebrate him in a big way by family, friends and associates could not materialise because he had to be brought to London for medical care.

“His condition is not deteriorating but calls for worry. He is not a young man at 80 but we are praying for good health for him.

“We don’t know how long he will stay here. We hope he will return to Nigeria as soon as his health is better and allowed to go by his doctors. General Abubakar is a stabilising figure in Nigeria. He is well respected across board and we pray God grant him more years,” the source said.