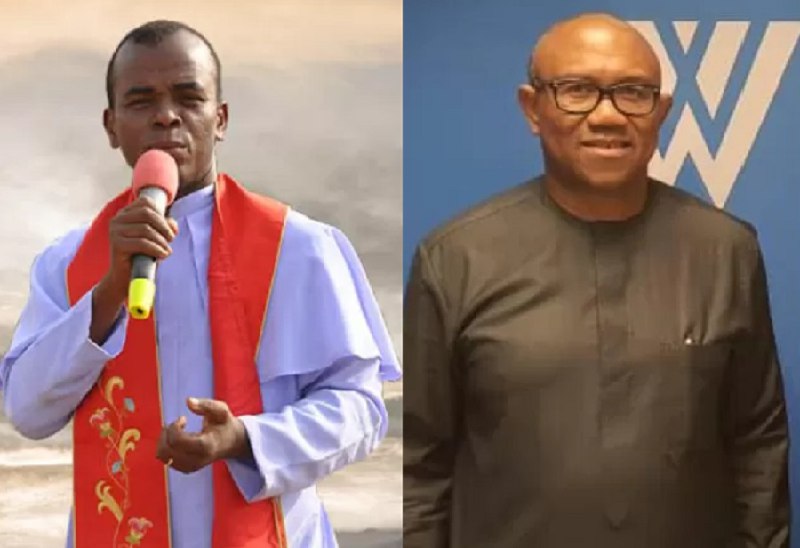 Peter Obi, the Labour Party’s presidential candidate, has stated that Father Ejike Mbaka, the Spiritual Director of the Adoration Ministry in Enugu, is still his priest and spiritual father.

Obi stated this during a Sunday interview on 90.3 FM’s Voice of the People.

Mbaka previously stated that the former governor of Anambra State will not be able to win the general election next year because he is “stingy.”

The preacher said it would be difficult for Obi to become Nigeria’s president during one of his programs last Wednesday, adding that an elderly man president is preferable to a’stingy young guy.’

Speaking on the radio station, Obi said, “For me, Father Mbaka is an ordained priest of God and as a priest, he remains my priest. I will always respect and show my allegiance to the church.

“Whatever he says, I will take it because he’s my father in faith. I respect him and he’s my brother.”

Bianca Ojukwu, widow of Biafran leader Chukwuemeka Odumegwu-Ojukwu, reacted to the remark by speaking about Obi’s’stinginess’ and how it benefitted families.