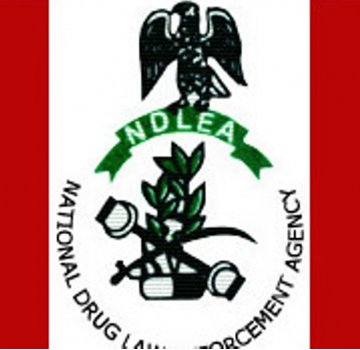 This was revealed by the Chairman of the National Drug Law Enforcement Agency, Brig. Gen. Mohamed Buba Marwa (Retd.), at a press conference in Abuja on Monday.

NDLEA Spokesman, Femi Babafemi, in a statement on Monday, said the event was to kickstart activities to mark this year’s UN day against drug abuse and illicit drug trafficking under the theme: “Addressing Drug Challenges in Health and Humanitarian Crises.”

The statement quoted Marwa as saying, “For us at the Agency, we are abreast of time and trends as shown by the priority accorded treatment and care. In 2021, about 8,000 drug users were counselled and rehabilitated, in most cases through brief interventions. We continued the effort in the first five months of 2022, whereby an additional 3,523 were also counselled and treated in NDLEA facilities. Simultaneously, we have continued to shut the tap of illicit flow of drugs with the arrest of over 17,647 offenders including 10 drug barons between January 2021 and May 2022; more than 2,369 convicted and jailed within the same period while 154,667.339kg drugs have been seized in the first five months of this year alone.”

The NDLEA boss said changing dynamics have forced a paradigm shift that encompasses a balanced approach to tackling the drug problem in the country.

2019 PRESIDENCY: PDP SPEAKS ON SOUTH AFRICAN DRUG BARONS SPONSORING ATIKU, PETER OBI
“That has brought to the fore the imperative of looking at the drug problem through the lens of public health and also tackling such as a broader social problem rather than through the conventional, narrow, criminal matter approach.

“It has, therefore, also become prudent to initiate mechanisms and measures that are proactively extenuating. In our case, the National Drug Control Master Plan (NDCMP) 2021-2025, launched last November, has incorporated components that tend to the health concerns of drug abuse. Some of the activities lined up for this week are reflective of the realignments in our approach to the illicit substance problem,” he stated.

Marwa said the Agency’s Drug Demand Reduction Department has been galvanised and working non-stop to ensure that the health aspect of the drug abuse calculus is getting adequate attention, adding that a number of other measures are being taken to strengthen the process.

He said, “The Agency’s policy of Drug Integrity Test is predicated on getting help to drug users suffering in silence because they cannot seek the needed health treatment due to social stigma and discrimination. This is why in a short while from now, we’ll be unveiling the NDLEA Call Centre that will be manned by professionals and experts in counselling, psychotherapy, psychology, psychiatry and more to offer help to drug users who will make use of our toll-free lines to seek counselling 24/7. This will also enable those afraid of stigmitisation to be able to seek help without necessarily being seen or identified by anyone.

“Even as we rev up our drug supply reduction offensive, it is certain that we are not relenting on getting help to those suffering from drug use disorder. The forthcoming sensitization training on Drug Prevention, Treatment and Care (DPTC) for Governors’ Wives will bolster the effort to ensure that the consequences of drug abuse are nipped in the bud and prevented from snowballing into a public health problem that would overwhelm our society in the long run. This year’s theme will go a long way in directing our attention to an area that requires collective effort to stave off future catastrophes.”

Lagos Club: See What Obi Cubana Said About Shooting At His Club