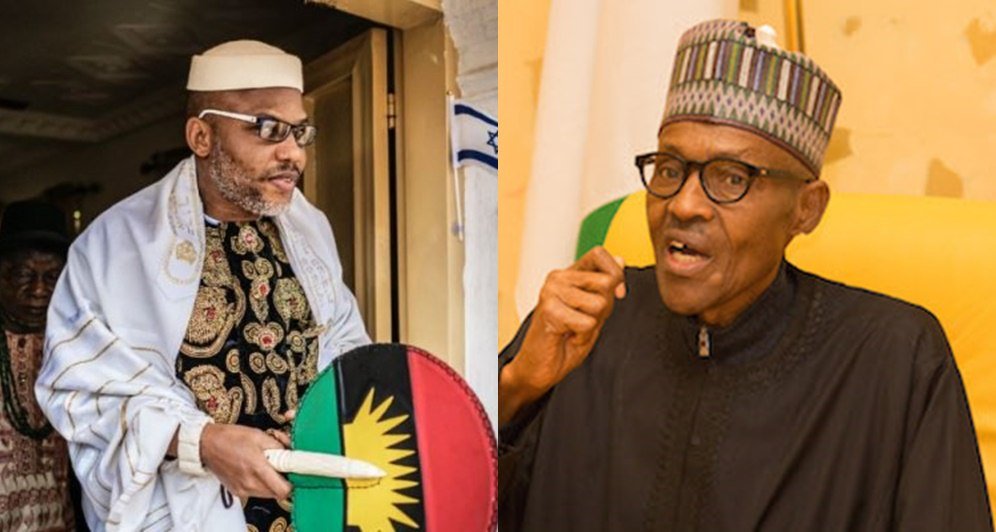 President Muhammadu Buhari has connected the Indigenous People of Biafra, or IPOB, to oil theft and pipeline sabotage.

The deficit in Nigeria’s daily output limit, according to Buhari, is due to vandalism and oil theft by IPOB.

He revealed this during a question-and-answer session with Bloomberg, a US-based news organization.

Foreign nations should identify IPOB as a terrorist group, according to the president.

IPOB Denies Links To ‘Killing’ Of Six Children In Anambra

He said that the separatist group was being funded by worldwide communities.

IPOB, according to Buhari, is sponsored by international financial networks.

“Criminality and terrorism in oil-producing regions hamper production, and it would help if our western allies designated IPOB as a terrorist group, given their complicity in damage to pipelines and infrastructure.

“We urge those same international partners to take additional steps costing them nothing, by proscribing another group – IPOB – as a terrorist organization.

“Their leadership enjoys a safe haven in the West, broadcasting hate speech into Nigeria from London, spending millions lobbying members of the US Congress, and freely using international financial networks to arm agitators on the ground. This must stop,” he said.