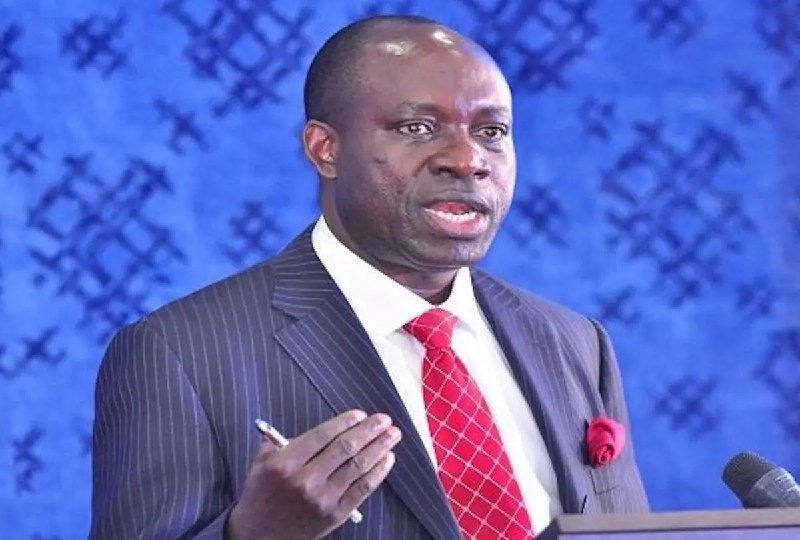 According to an earlier report from Anaedoonline.ng, Chuma-Udeh was recorded abusing a job candidate

who was looking for more information about the teacher recruitment process that took place last Saturday in the state.

The commissioner criticized the candidate and her coworkers for their conduct throughout the hiring process in a voice message that has since gone viral.

Chuma-Udeh called the female candidate a thug and an imbecile who had no business wanting to be a teacher or working in the field of education.

In response to the development, Governor Soludo said that the applicant was abusive and unpleasant to the commissioner over the phone.

According to a statement released by Soludo’s spokesperson, Christian Aburime, on Tuesday, the commissioner’s comments were sparked by the applicant’s use of language.

The governor said that he is still dedicated to the welfare of the Anambra people, but cautioned commissioners from acting hastily in their capacity as public servants.

The statement reads: “While the applicants at the Nsugbe Center sat for and ended their own examination at about 4:00 pm, those at the Unizik Center ended theirs by 3:30 pm, with some candidates joining them from the IDK learning Center, Awka.

“Nnewi candidates did not commence their examination at the appropriate time owing to all manner of inappropriate conduct exhibited by some of the applicants. Notwithstanding, they were eventually allowed to write the examination late in the evening.

“In respect to the video making the rounds on the social media space, members of the public need to be aware that it was an edited excerpt from a private phone conversation by an applicant who obviously failed the examination and out of frustration resorted to cursing and abusing the Governor of Anambra State, Prof. Chukwuma Charles Soludo, and the Commissioner for Education.

“The Commissioner’s comments were as a result of the uncouth language used by the applicant against the person of the Governor of Anambra State and other unprintable words hurled at the Commissioner.

“As public officers operating in the public space, the Commissioner has apologised for her inappropriate choice of words used in the said voice note.

“However, it is pertinent to reiterate that Governor Chukwuma Charles Soludo remains committed to the well-being of Ndi Anambra and will not be distracted in availing deserving qualified teachers the opportunity to serve Anambra State and contribute in shaping the future of our children.”