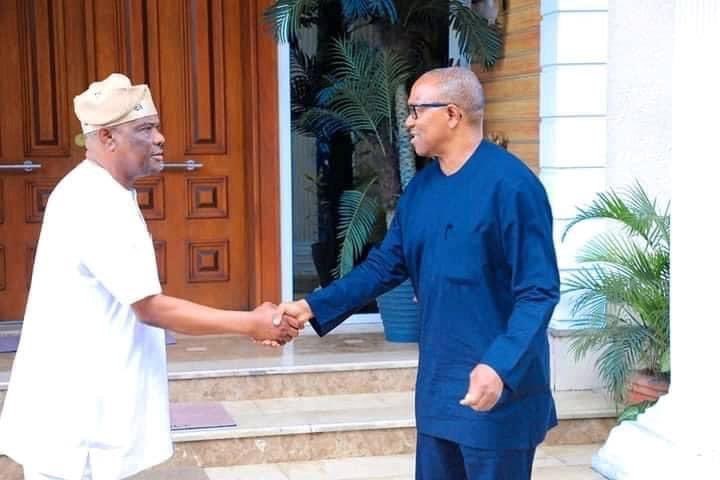 On Wednesday, Obi paid the former Peoples Democratic Party (PDP) presidential candidate a visit at his home in Port Harcourt.

Even if the meeting’s specifics are still hazy, the former governor of Anambra State subsequently revealed why he met Wike on his official Twitter account.

He said they spoke about important national concerns during their meeting with Wike.

His tweet read: “Earlier, I visited Port Harcourt, to confer with H.E. @GovWike on vital issues of national interest.”

Obi’s visit came amid speculations making the rounds that Wike, former presidential hopeful on the platform of the main opposition Peoples Democratic Party, PDP, may in a showdown, defect to the Labour Party.

Natives Of Southern Kaduna Were Shot At By Helicopter, Giving Advancing Bandits The Upper Hand, According To A SOKAPU Official

LATEST: IPOB Replies Ansaru Over Allegation Of Been Behind Killings In South...