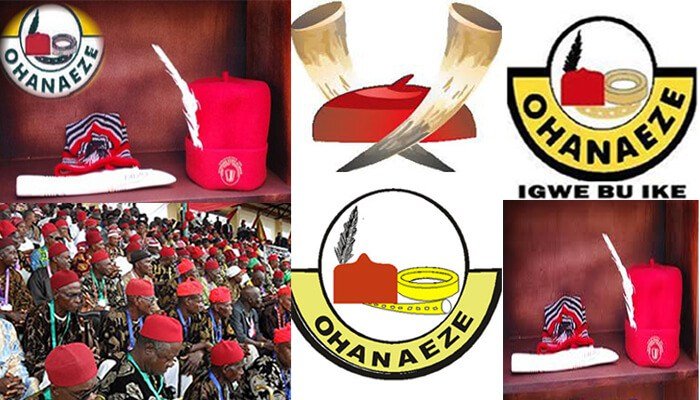 Ike Ekweremadu and his wife Beatrice were reportedly detained for allegedly harvesting organs, according to an earlier report by Anaedoonline.ng.

Ohanaeze Ndigbo expressed disapproval of the claim in a statement on Thursday, calling it the height of cruelty against humanity.

If Ekweremadu is ultimately found guilty, the organization urged the Enugu West Senatorial zone to start the recall procedure for him from the Senate.

The statement reads: “Ohanaeze through its Secretary-General, Mazi Okechukwu Isiguzoro, said “The Igbo leadership will strip him of all titles and privileges accorded to him as an ImeObi member (the apex decision making organ of Ohanaeze) if he is found guilty of this grave allegations.

“Ohanaeze Ndigbo also calls on the good people of Enugu West Senatorial zone to initiate the process of his recall from the Senate if he is finally convicted. This anathema is condemned in strong words and must come with strict sanctions against Ekweremadu.

“we doubt if he can recover from the despicable charges that might end his political sojourn as the Senator representing the Enugu West senatorial zone”.