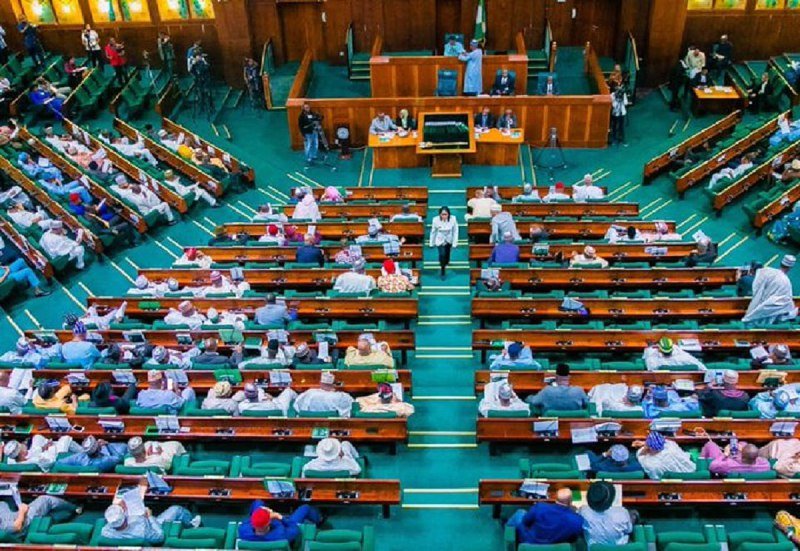 On Thursday, a motion that sought the House of Representatives’ involvement in a dispute between Nigeria’s Chief Justice, Tanko Muhammad, and the Justices of the Supreme Court about matters pertaining to welfare and working conditions was unsuccessful.

The members of the House disagreed on which committees should be in charge of conducting a comprehensive review of the salaries and benefits received by all individuals holding political office and public employees.

Onofiok Luke, the chairman of the House Committee on Judiciary, has introduced a resolution to request the chamber’s intervention in the issue affecting the supreme court and a better welfare program for judicial officials serving in all courts.

Luke, who moved the motion titled, ‘Need to Address the Deteriorating Working Conditions of Judicial Officers,’ prayed the House to urge the Revenue Mobilisation Allocation and Fiscal Commission to upwardly review the remuneration of judicial officers in line with present economic realities.
The lawmaker prayed the House to urge the Federal Government to increase the budgetary allocation of the judiciary for the upcoming fiscal year and provide special intervention funds for the development of the arm

He further prayed the House to mandate the Committee on Judiciary to ensure compliance and report back within six weeks for further legislative action.

While the lawmakers were making amendments to the prayers, the Deputy Speaker, Ahmed Wase, called for an upward review of the welfare package of all public office holders.

Wase, who stated that he appreciated the memo from the Justices to the CJN, noted that only the RMAFC had the responsibility to review remuneration of government officials.

The Deputy Speaker made reference to a part of the motion that read, ‘The remuneration of judicial officers was last reviewed in 2008 by the RMAFC when the official exchange rate was N117.74 to $1, whereas the naira has considerably depreciated.’

Wase partly said, “I think this particular element does not affect just judicial officers, maybe because they cried out now. I don’t think it is right that we have to wait every time until people write letters of complaints and there is protest before we begin to do the right thing.”

Rephrasing Wase’s proposed amendment, Speaker of the House, Femi Gbajabiamila, said: “The DSP’s amendment is that we should not isolate the Judiciary and all those enumerated constitutional bodies and public office holders. They should be reviewed; a comprehensive review based on all the things that Hon Luke said – the exchange rates and this and that.”