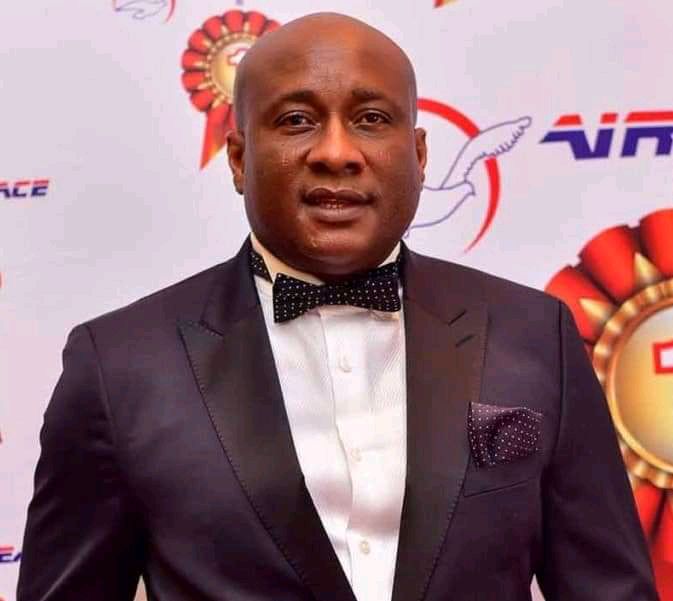 In Nigerian business circles, Allen Onyema is a well-known figure. He is the owner of one of the best and largest airline companies in the nation.

He attended the “The FESTAC of Sports” colloquium last Thursday at the Nigerian Institute of International Affairs (NIIA) as the Special Guest of Honor. Through a variety of media outlets, the historic event was broadcast to the entire world.

On that day, and from that event, the world watched the seeds of an ambitious project start to sprout and to reveal the ‘morning’ of a bountiful harvest of flowers. Allen, a true Nigerian patriot, demonstrated his love for sport and interest in the welfare of athletes when he stirred up the ghost of FESTAC ‘77 and breathed new life into its dead bones. He took the occasion of recalling the epic global Art and Culture festival to breathe life into a new Pan-African mission using his love for Sports as the driver.

By the time he was done, many more people started to see the real possibilities that lie ahead of this simple project that may achieve what the Black Race, Africans and all peoples of African descent, have failed to achieve in almost 5 Centuries of their history – using Africa’s rich human, mineral and cultural resources to gain respect and to be treated as an equal partner in the ‘game’ of Civilisations and Races in the world.

On February 24, 2022, a small sports ‘plane’ taxied to the tarmac at the NIIA premises in Lagos, a most unlikely place for a sports event.

Last Thursday, at the second ‘Conversation’ series, the plane left the tarmac, rising from the ground majestically and flying into the clouds. The ‘pilot’ was Allen Onyema. He left all those watching in awe, admiration and appreciation.

Ron Freeman, Legendary African/American athlete, Olympic Gold and Bronze medallist, was a witness to that fantasy ‘flight. He describes the experience as unprecedented is in the annals of sports history. What did Allen do, actually?

Allen Onyema, Chairman and CEO of Airpeace Airline, was the Special Guest of Honourat the event, and had to make a speech to open ‘The Conversation’.
His daughter who represented him at the event went to the podium and delivered a short speech that, surely, opens a new vista in the sports history and philantrophy.

Airpeace Airline is going back into the archives to recall the exploits of some outstanding African athletes and wants to honour them. The hall went into silence to listen.

The airline will fund the construction of a ‘Wall of Fame’. The wall shall be a historical monument. On this wall, the names of specially identified heroes from the history of Nigerian Sports will be embossed on gold plates and plastered permanently to the wall with a record of the achievement.

The first beneficiaries of this honour shall include the unsung heroes of the 1976 boycott of the Montreal Olympics, athletes from 27 African countries led by Nigeria. These young men and women gave up their dreams of being Olympians, with all the attendant potentials of fame and fortune, to support the political struggle against Apartheid and Racism in South Africa. Their sacrifice was unprecedented in Olympic history. It was the catalyst that fast-tracked the early end to Apartheid, the release of Nelson Mandela from jail, and the installation of the first Black President of South Africa.

Allen Onyema dug up the ‘dry bones’ of these Nigerian athletes, and decided to honour them after 46 years in Limbo.

The names of the Nigerian athletes involved in that huge 1976 historical incident shall be on this ‘Wall of Fame’.

Allen also dug up the historical achievement of the national football team, the Green Eagles. The squad that won the African Cup of Nations for the very first time in 1980 will also be honoured with their names on the ‘Wall of Fame’, and more.

Airpeace Airline appointed the surviving players as Ambassadors of the airline, an honour that offers them a certain number of free flights to all AirPeace Airline destinations for the rest of their lives!

This group shall also be honoured at an event to be organised for the purpose of presenting them (and the surviving family members of those that have died) some financial incentives.

There could also be other deserving athletes from history to be included in the honours list when the full details are released.

Allen Onyema has set a new standard of philanthropy with this singular act, and elevated the whole concept of FESTAC of Sports to new heights.

I can reveal that already there is a move to draw the attention of the African Union to the project, and request that the Organisation of the governments of all African countries also honours the 1976 athletes that responded to the AU’s call for the Olympic boycott in Montreal, and have their names also written on a wall at the headquarters of the AU in Addis Ababa, in remembrance of the sacrifice made by those athletes on behalf of all Black persons on earth.

A new world has just been ‘born’.