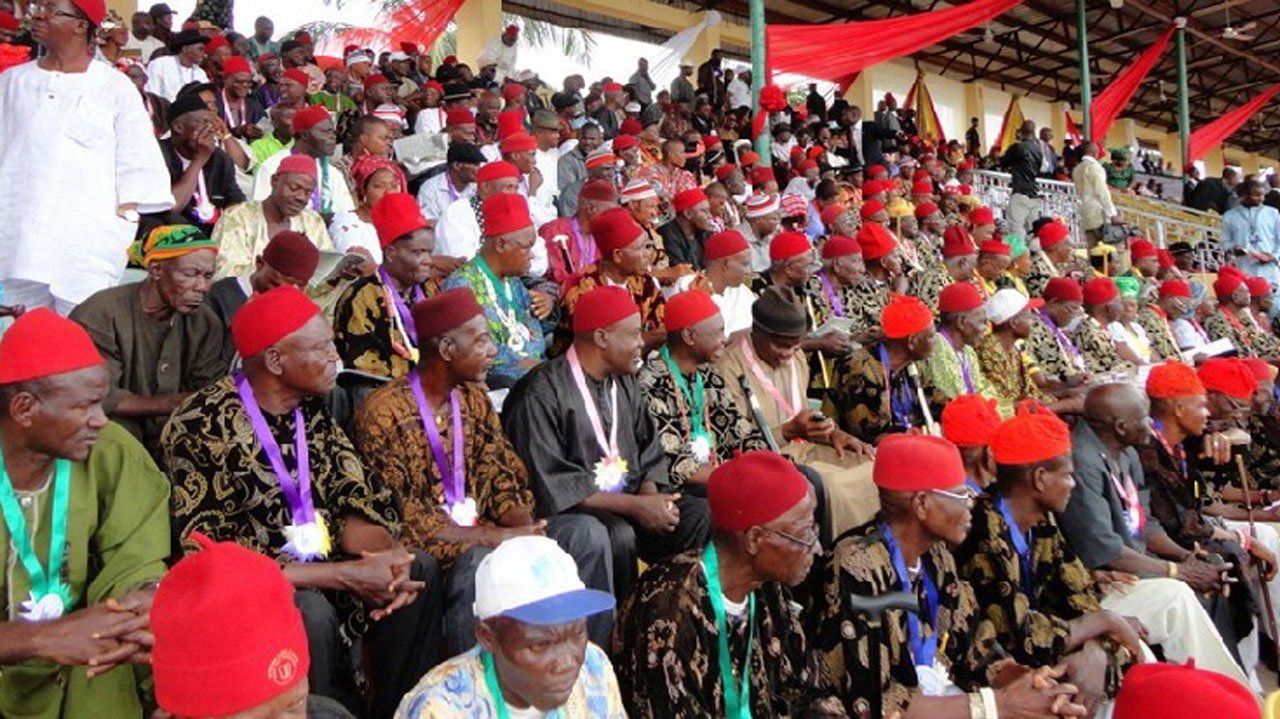 The Igbo delegates who participated in the recent presidential primaries of the All Progressives Congress (APC) and the Peoples Democratic Party (PDP) have been called saboteurs of the Southeast’s effort to produce Nigeria’s next leader in 2023 by notable elder statesmen.

Igbo Elders Consultative Forum officials, led by former Anambra governor Chief Chukwuemeka Ezeife, accused the delegates of stoking their nests by essentially betraying their Igbo brethren and supporting candidates from other areas out of financial considerations.
They pointed out that, in the case of the APC presidential primaries, the five South-Eastern states had roughly 389 delegates or votes, but shamelessly allocated only 40 of them to Igbo presidential hopefuls.

According to records, of the 389 Igbo delegates at the APC presidential primary, Ebonyi State had 39 delegates; Imo, 100; Anambra, 100; Abia, 100; and Enugu, 50 votes. However, 39 out of the 40 votes came from Ebonyi State delegates. 38 to Governor David Umahi, one to Ogbonnaya Onu and another one to Emeka Nwajiuba.

The Igbo Elders, therefore, vowed to sanction their sons and daughters who betrayed the Southeast during the presidential primaries for attempting to jeopardise the quest for Igbo presidency in 2023. They spoke in a statement issued on Friday night by the Forum’s Secretary, Prof. Charles Nwekeaku, on Friday night.

The statement read in part, “Shocking and saddening was the betrayal and unbridled collusion of some unpatriotic Igbo sons and daughters that shamelessly and unrepentantly joined those who do not mean well for our people to deny President aspirants from the South East their support and votes.

“They worked and voted for Dollar and lucre at the expense of their fellow aspirants from the South East in arrogance and disregard of the demand of the Southern Governors Forum, Southern and Middle Belt Forum, Afenifere, Pan Niger Delta Forum, PANDEF, Igbo Elders Consultative Forum, Ohaneze Global, among other credible and vocal stakeholders that demanded that the Presidency be zoned to the South, and further micro zoned to the South East.

“Except Ebonyi State, other delegates from Anambra, Abia, Enugu and imo States and their sponsors need to explain to ndi igbo who they sold their votes to and at what cost at the expense of our collective interest of producing the President of Nigeria in 2023.”

The Forum vowed that the Southeast delegates would forever regret their unpatriotic actions against the collective interest of the Igbos.

“This will not happen again as the Igbo Elders shall provide a new leadership that will strengthen the Ohanaeze leadership in Igbo land.

“Those betrayals will retire from politics shamefully and unceremoniously as they will never represent South East in any public service again.

“We are studying the development, and will certainly, take decisive actions against those betrayals and opportunists, no matter their position and caliber, to serve as deterrent for those who are still plotting to betray the Igbos in the planned 2023 general elections.”

Nwekeaku also berated the major political parties for their refusal to zone the presidency to the South East and for “shifting goal post in the middle of the game.”

The Igbo Elders Consultative Forum also said that the Southeast won’t vote for both the APC and PDP in 2023.

“For the political parties that denied the Igbos presidential slot, we shall reject them completely in the general elections of 2023, as they do not deserve our votes any more,” the statement added.

It, however, urged the Independent National Electoral Commission (INEC) to extend the voter registration exercise for three months to enable every eligible Nigerian to register and participate in the next year general elections.