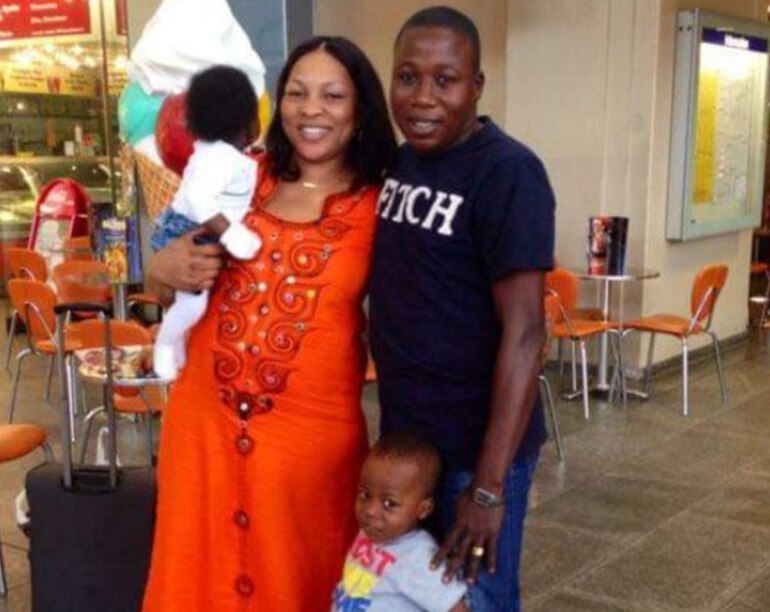 The Yoruba activist Sunday Adeyemo, also known as Sunday Igboho, has discussed the circumstances behind his successful arrest at Cotonou’s Cadjehoun Airport in the Benin Republic.

The activist explained how he managed to avoid being caught in the DSS’s violent midnight raid on his Ibadan home during an interview with Newsmen at his home in Cotonou.

He said that if he hadn’t arrived, they would have kept his wife Ropo, who had been held for two hours in the airport, with them.

Sunday Igboho stated that he would not have let her to accompany him if he had known she would be stopped at the airport.

He said: “My wife (Ropo) was detained at the (Cadjèhoun) Airport for about two hours. They were ready to hold onto her if I didn’t show up. Then I showed up, and the security agents handcuffed my hands and legs. If I knew that could happen, I wouldn’t allow her to follow me to the airport. She had already obtained my traveling document from the German government, and I would have asked her to go separately, but God knew how everything went that way.”

Asked how he made it out alive during the DSS raid, Igboho instantaneously declined further comments. “It is not yet time to speak,” he said.

He won’t respond to our correspondent’s questions afterward as he became measured in his speech. “I will speak when it is time to speak,” he insisted despite entreaties.

Ropo was released days after her arrest and has since returned to Germany.