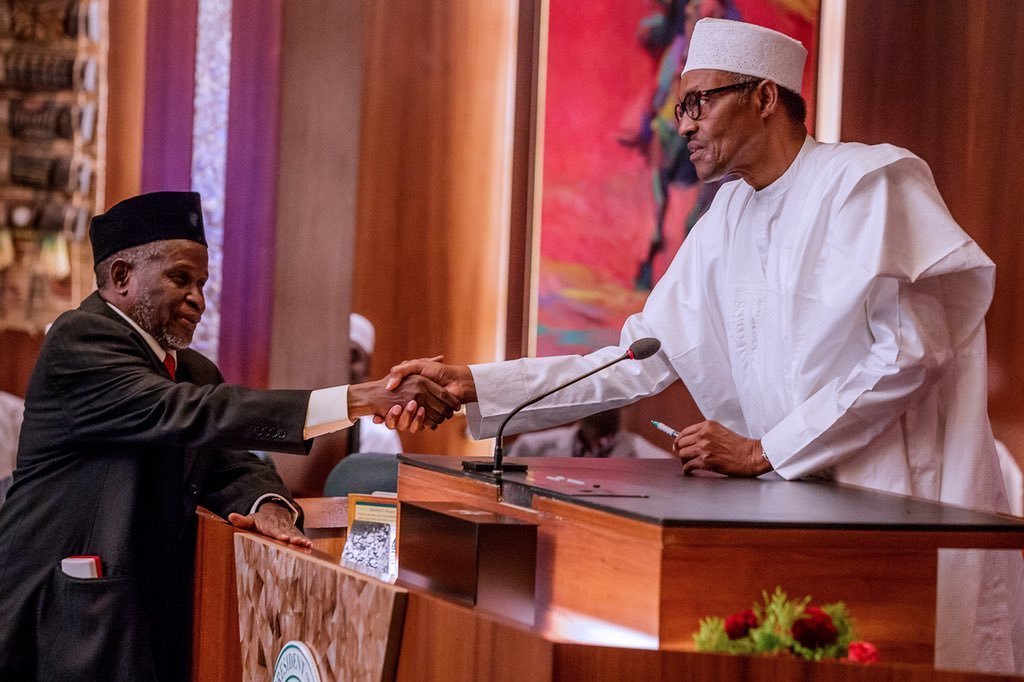 Ibrahim Tanko, the former Chief Justice of Nigeria, has been given the national honor of Grand Commander of the Order of Niger (GCON) by President Muhammadu Buhari.

The honor, according to Anaedoonline.ng, comes just 24 hours after Tanko’s departure as CJN was officially announced in a letter.

At the swearing-in ceremony for Justice Olukayode Ariwoola, the Acting CJN, held at the Presidential Villa in Abuja, Tanko received the distinguished accolade.

Several dignitaries, including Vice President Yemi Osinbajo, the President’s chief of staff Prof. Ibrahim Gambari, the Attorney General of the Federation (AGF), Minister of Justice Abubakar Malami, and a few Supreme Court Justices are said to have attended the occasion.

According to Anaedoonline.ng, Tanko received the nation’s second-highest honor when he received his accolade.

Tanko received praise from President Buhari for his work as CJN and best wishes for the future.

Remember when Tanko mentioned in his letter of resignation that he was leaving due to health concerns?