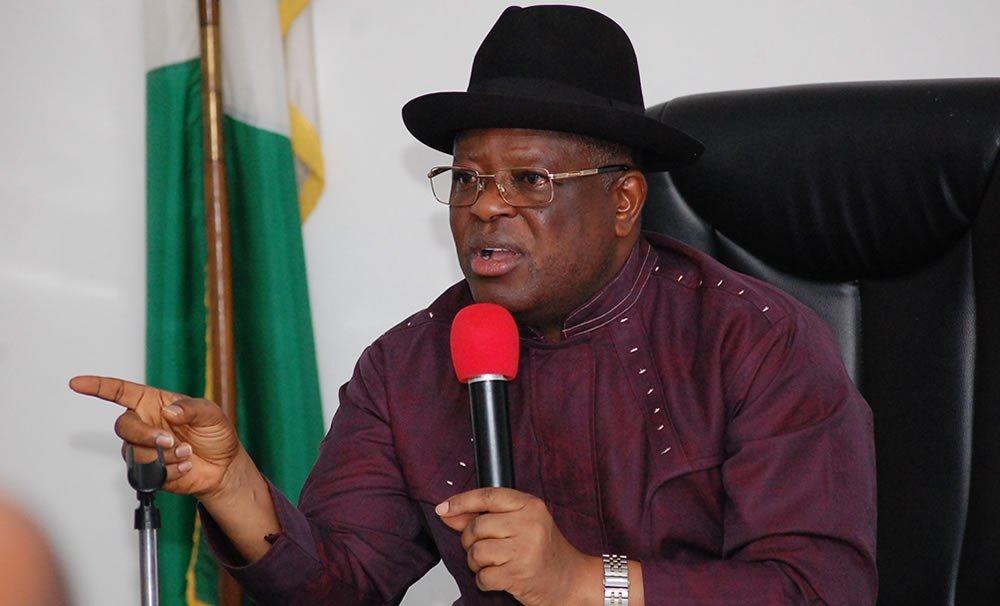 The absence of Governor David Umahi’s name from the APC’s selection of senatorial candidates, according to Stanley Okoro Emegha, chairman of the party in Ebonyi State, was a small oversight.

In an interview with a journalist in Abakaliki, Ebonyi State, Emegha stated that Umahi’s name had been changed by the Independent National Electoral Commission and that the national leadership of the All Progressives Congress was not to blame for the error.

Emegha claims that the APC senatorial seat in Ebonyi South was re-elected.

People should ignore the information spreading online, he continued, as he had confirmed with INEC that Umahi’s name had been changed.

Emegha said: “I went there, it was a minor error from the INEC side and it has been corrected. There was nothing like that, the governor’s name did not come, it wasn’t coming from the party, and the necessary things were done. The stepping down of the two candidates that contested for that senatorial election was there with the party and INEC.

“And then, a panel was set up at the national secretariat Abuja and they arrived. we took them to Afikpo which is the venue for such conduct, they did all the necessary things, and the delegates that were supposed to participate in the primaries were all there.

“Mind you, the particular column was blank, so there wasn’t an issue. If you like, they can still forward a list of the states that had issues and the possible substitution they made, because the national office of the party can not afford to leave any particular space vacant.

“Anybody carrying any news is carrying it on their own. But I went to Abuja, I called them and asked them why I’m seeing and hearing such stories on social media, they traced it and saw where it was coming from and it was immediately corrected.”