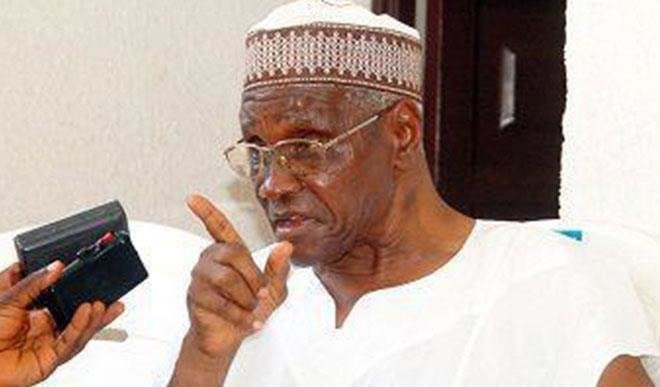 Prof. Ango Abdullahi, the chairman of the Northern Elders Forum, claimed that during his conversation with former president Olusegun Obasanjo in Zaria, Kaduna State, the political climate in Nigeria dominated their exchanges.

The former Vice Chancellor of Ahmadu Bello University (ABU), speaking in an interview, revealed that the former president asked, “Are we headed towards a new leadership that would take us out of the massive difficulties bedevilling the country? because there were conflicting opinions on whether or not the country was headed in the right direction.

Prof. Abdullahi claimed that he and Obasanjo appeared to hold the same opinion on the two main candidates running for the nation’s top office: that Atiku Abubakar and Bola Ahmed Tinubu lack the necessary skills to address the problems plaguing the country.

That had been his personal stance, according to the Chairman of the Northern Elders’ Forum, and he still holds it.

He emphasized that this was because he knew both of them too well and didn’t believe they had the qualifications to address the problems facing the nation given their backgrounds and track records of service.

Abdullahi pointed out that there are 15 other people vying for the prestigious position, so Nigerians can choose to look elsewhere for their options.

The NEF chairman expressed his opinion about the position of the Northern Elders’ Forum, saying that the Northern area was more concerned with great leadership regardless of where it came from.

However, Abdullahi hoped that a leader of this kind would come from the North.