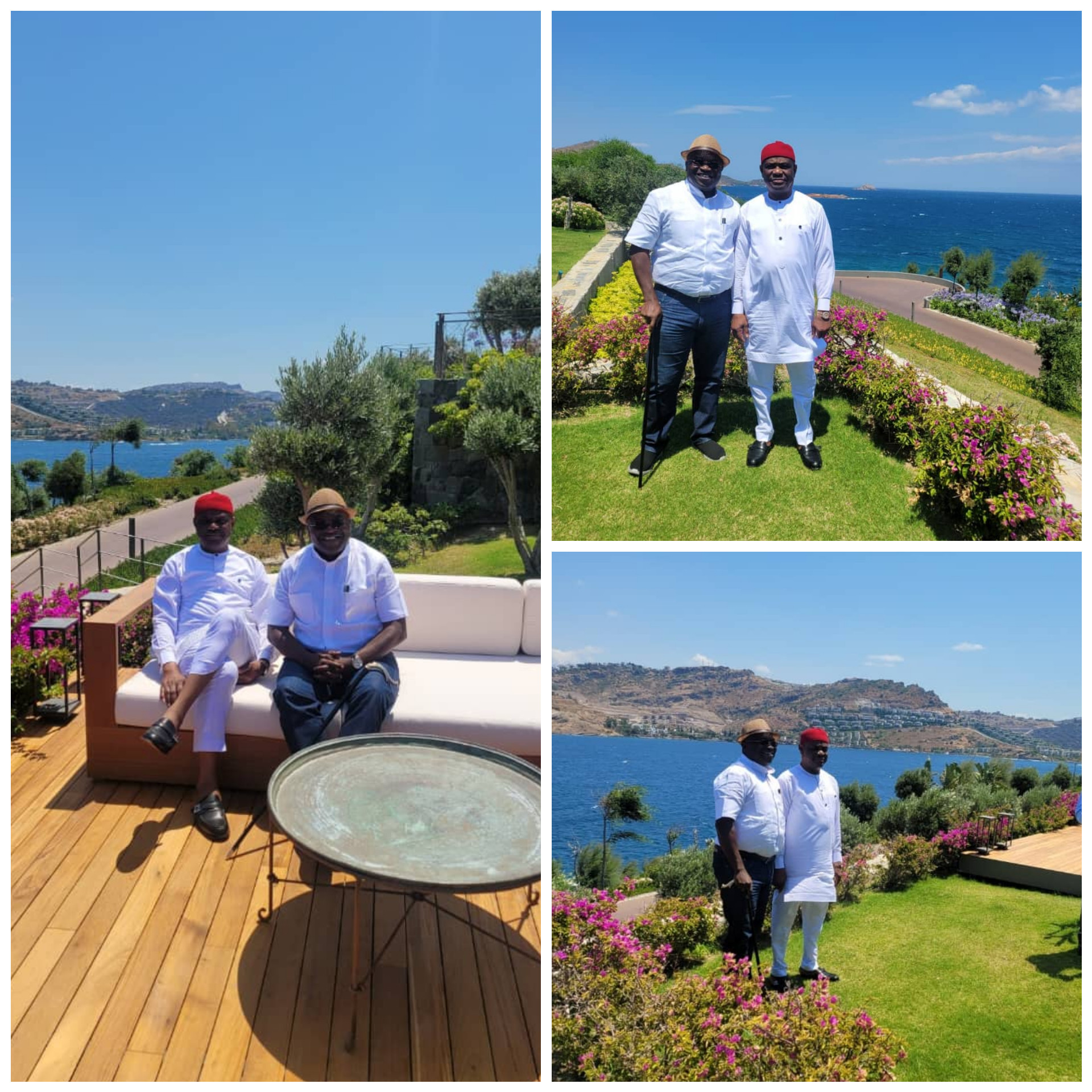 Nyesom Wike, the governor of Rivers State, is now on holiday in Turkey, according to Anaedoonline.ng.

On Tuesday, the 2023 Peoples Democratic Party (PDP) presidential hopeful made this announcement via his official Twitter account.

Wike stated that the trip was much-needed for him at the time when posting pictures on the bird app.
As far as Anaedoonline.ng is aware, Wike appeared in the images with Governor Okezie Ikpeazu of Abia State.

Wike’s visit to the nation of Western Asia, according to Anaedoonline.ng, comes soon after the Peoples Democratic Party, or PDP, selected him to serve on one of its 128-member campaign councils for the July 16 Osun State Governorship Election.

On Monday, the National Working Committee, or NWC, said that the party has approved Duoye Diri, the governor of Bayelsa State, to serve as the chairman.

The council will be formally introduced on Wednesday at the PDP headquarters in Abuja, according to Umar Bature, the party’s national organizing secretary.

Recall that Ifeanyi Okowa, the governor of Delta State, won the opportunity to be Atiku Abubakar’s running mate, and that Wike hasn’t been to the party’s headquarters.

Since Atiku chose Okowa as his running mate a few days ago, there have been rumors that the governor of Rivers is about to leave the PDP.

The governor’s participation in the campaign council’s inauguration on Wednesday, 28, in Abuja, is yet unknown.