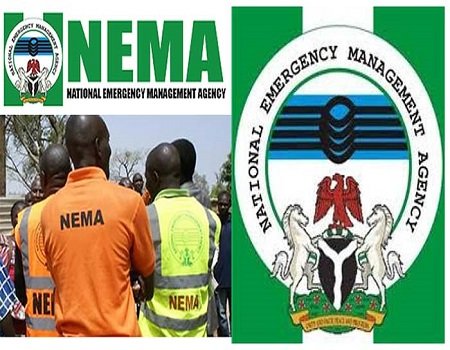 The Federal Government of Nigeria reported on Thursday that there are currently 2,200,357 internally displaced people, or 452,363 displaced households, in the north-eastern region of the country.

It did so via the National Emergency Management Agency, highlighting the fact that the Boko Haram insurgency, intercommunal fighting, and natural calamities were to blame for the evictions.

This information was provided by NEMA in its 2021 Annual Report, which the organization delivered to Abuja’s Minister of Humanitarian Affairs, Disaster Management, and Social Development.

A section of the report, seen by our correspondent, read in part, “Among the human-induced disasters, the Boko Haram insurgency has resulted in the displacement of people across North-East and North-Central Nigeria adding to the pre-existing caseload of IDPs displaced by the communal clashes and natural disasters that continue to affect parts of the country.
“The report of round 39 Displacement Tracking Matrix carried out in the North-East by NEMA and International Organsaation for Migration as at December 30, 2021 put the number of IDPs at 2,200,357 amounting to 452,363 displaced households.”

The report stated that due to Nigeria’s geo-climatic and socio-economic condition, as in most countries of the world, Nigeria was vulnerable in varying degree to disaster as a result of climate change to floods, landslides, tidal waves, coastal erosion, sand-storms, dust-storms and drought.

“While some of these disasters are rapid, others are slow-onset, resulting in catastrophic situations leading to loss of lives and property and degradation of the environment,” the report stated.