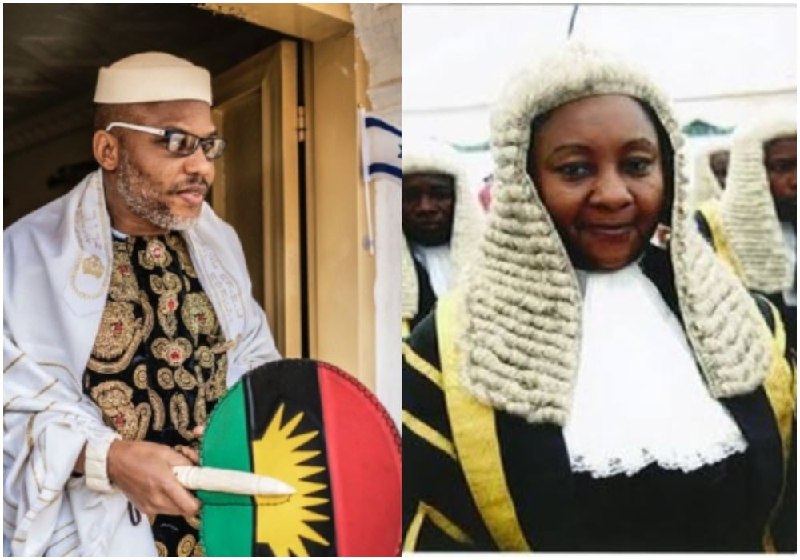 Ifeanyi Ejiofor, one of Nnamdi Kanu’s attorneys and the leader of the Indigenous People of Biafra (IPOB), has refuted rumors that Justice Binta Nyako of the Federal High Court in Abuja had refused to grant bail to his client.

On Thursday, Ejiofor claimed during an appearance on the “View Point” segment of the Rhythm 94.7 FM Radio show that the decision was related to an application that was submitted in 2019 asking the court to overturn the decision rescinding Kanu’s bail.

According to Anaedoonline.ng, Justice Nyako on Tuesday refused the IPOB leader’s request for bail and continued the case until November 14, 2022, pending the outcome of the Appeal Court.

The Federal Government of Nigeria has accused Kanu of terrorism and a treasonable felony, and he is currently in court.

According to Ejiofor, the ruling delivered on Tuesday was not on the bail application, saying that the report of the curt judgement was erroneous and not the real state of the matter.

He said: “I was kind of [sic] disappointed with the reports in the media.

“The ruling delivered on Tuesday was not on the bail application. The court did not dwell on issues of bail on the 28th (Tuesday). But it has been erroneously reported widely, even by media people who were there (in court). That wasn’t the subject matter of the ruling.

“The ruling actually has to do with the application we filed on the 1st day of April 2019 asking the court to vacate the order revoking the bail of Nnamdi Kanu.

“However, if the ruling had gone in the affirmative, Nnamdi Kanu would have walked out of the court a free person, because he is already on bail before he was abducted in Kenya and ‘extraordinarily renditioned’ to Nigeria.”