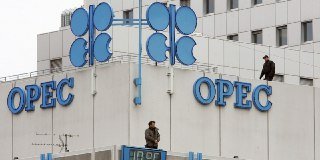 One of the main outcomes of yesterday’s videoconferenced 30th OPEC and non-OPEC Ministerial Meeting was this.

Nigeria continues to have the highest oil quota in Africa under the current system, followed by Angola and Algeria with 1.525 mbpd and 1.1055 mbpd, respectively, and Sudan with 75,000 bpd.

The organisation has consistently increased the production quota of Nigeria and other member countries in the past few months to enable it return to the pre-Covid level when production was much higher.

But it remains doubtful if Nigeria, which has not been meeting previous quotas, has the capacity to produce the new quota.

In an interview with Vanguard, Lead Promoter at EnergyHub, Nigeria, Dr. Felix Amieyeofori, said: “The capacity of Nigeria to produce crude oil is currently constrained by many factors, including pipeline vandalism, oil theft and illegal refining.”

Similarly, in its latest Briefing notes obtained by Vanguard, Shell Petroleum Development Company, the nation’s largest crude producer, also stated: “The fall in output was largely a result of curtailed oil production because of heightened security issues, such as crude oil theft and illegal oil refining. “Production numbers were also down as a result of divestment action, including the sale of SPDC’s 30% interest in OML 17 for $533 million. In the last quarter of 2021, crude oil theft from pipelines across the region increased ostensibly as a result of rising oil prices, which made the activity more profitable. Security risks have heightened and production in some areas has been put on hold. The situation is impacting operators across the Niger Delta. The Nigerian National Petroleum Corporation (NNPC) has reported that crude thefts in 2021 reached 200,000 barrels per day – a quarter of onshore production.”