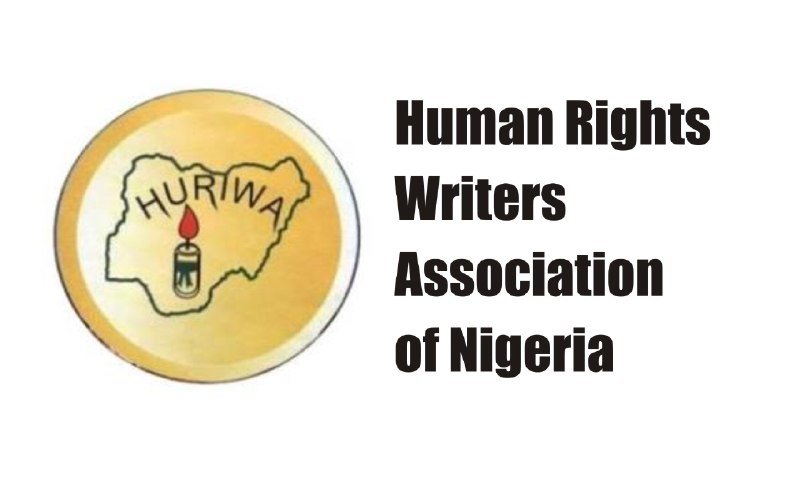 Prior to the 2023 presidential election, the Human Rights Writers Association of Nigeria (HURIWA) cautioned the Independent National Electoral Commission (INEC) not to capitalize on the All Progressives Congress’s Muslim-Muslim ticket’s hardships.

According to Anaedoonline.ng, the Rights group criticized Bola Tinubu, the APC presidential candidate, for his choice of running mate, claiming that the choice will escalate the nation’s banditry and other terrorist organizations’ hostility toward Christians.

HURIWA warned that the establishment of a Muslim-Muslim ticket presidency will increase the assault against Christians by bandits and terrorists who claim allegiance to Islam in a statement signed and distributed on Sunday by its National Coordinator, Emmanuel Onwubiko.

To meet the July 15 deadline set by the INEC, Anaedoonline.ng learns there are rumors that Tinubu will soon confirm either Governor Babagana Zulum of Borno State or Senator Kashim Shettima as his standard running partner for the 2023 election.

The ruling party had defied requests for a Muslim-Christian ticket, despite the fact that roughly 13 Muslim northern governors are reportedly urging Tinubu to pick them because they supported his candidacy during the hotly contested APC primary.

The 1999 Constitution of the Federal Republic of Nigeria specifically states that the principle of federal character should be reflected in the composition of the government and that no group, whether religious or ethnic, should dominate the other. HURIWA has, however, denounced the ruling party’s bid, claiming it is unconstitutional and violates Sections 14 (3) and (4) and Section 318.

Onwubiko said, “It is crucial to warn APC presidential candidate, Bola Tinubu, for the umpteenth time to stop his sinister plot to nominate a Muslim running mate. The nomination will endanger national unity and will divide Nigeria irretrievably. If Tinubu goes on with a Muslim running mate, the APC should just forget about Nigeria because religious war will break out and Nigeria’s case will be worse than Somalia’s.

“With President Muhammadu Buhari, a Muslim from Katsina State, who is obviously not concerned about the terrorist attacks on Christians, what will happen when Nigeria has Muslim-Muslim Presidency? It means an Islamic state would be declared and war will kick-off!

“HURIWA urges Nigerians to reject the APC or any party that wants to foist same religion ticket on a heterogeneous and multi-religious people like Nigerians. What happens to a Muslim-Christian ticket? What happens to a Christian-Muslim ticket? If a Christian-Christian ticket can’t work, then, a Muslim-Muslim ticket should never work! Nigerians should reject such parties with their Permanent Voter Cards!

“Section 38 of the 1999 constitution recognizes all religions while Section 318 and Section 14 (3) and (4) succinctly back the principle of federal character and resist the domination of a group in the composition of the government.

”For instance, Section 318 states: “federal character of Nigeria” refers to the distinctive desire of the peoples of Nigeria to promote national unity, foster national loyalty and give every citizen of Nigeria a sense of belonging to the nation as expressed in section 14 (3) and (4) of this constitution;

2023: Only Muslim-Muslim Ticket Can Give APC Victory – Tanko Yakasai

“Section 14 (3) and (4) states: The composition of the Government of the Federation or any of its agencies and the conduct of its affairs shall be carried out in such a manner as to reflect the federal character of Nigeria and the need to promote national unity, and also to command national loyalty, thereby ensuring that there shall be no predominance of persons from a few State or from a few ethnic or other sectional groups in that Government or in any of its agencies.

HURIWA warned the electoral body not to play with fire by caving in to the whims and caprices of the ruling party, warning that failing to do so will result in war because the election in 2023 will determine whether Nigeria will still exist or be reduced to ashes.

The Rights organization raised worries that Nigeria would survive any post-election fighting and emphasized that any attempt to rig the election in the APC’s favor will be actively contested for a very long time.