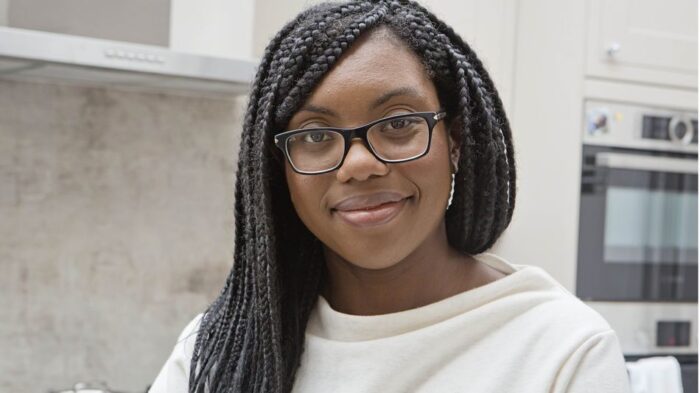 British politician Kemi Badenoch, who was born in Nigeria, has stated that she hopes to succeed Boris Johnson as the future head of the Conservative Party and British Prime Minister.

In announcing her candidacy, the former minister for equal opportunities Badenoch stated her support for limited government and her intention to speak the truth.

Last Wednesday, Badenoch announced her resignation from the cabinet in a joint statement with other ministers Alex Burghart, Neil O’Brien, Lee Rowley, and Julia Lopez. She cited Johnson’s handling of the Chris Pincher incident as the reason for her decision.

She later made the announcement on Friday, becoming the second well-known Conservative Member of Parliament (MP) to enter the contest after former chancellor Rishi Sunak.

Prior to working as an associate director at Coutts and ultimately a director at The Spectator magazine, she first worked as a systems analyst for the Royal Bank of Scotland Group.

Badenoch joined the Conservative Party in 2005 when he was 25 years old. She ran for office in the Dulwich and West Norwood constituency in the 2010 general election, losing to Tessa Jowell of Labour.

In March, while serving as equalities minister, Badenoch came under fire from members of the government’s LGBT+ advisory committee for postponing the prohibition of conversion therapy.