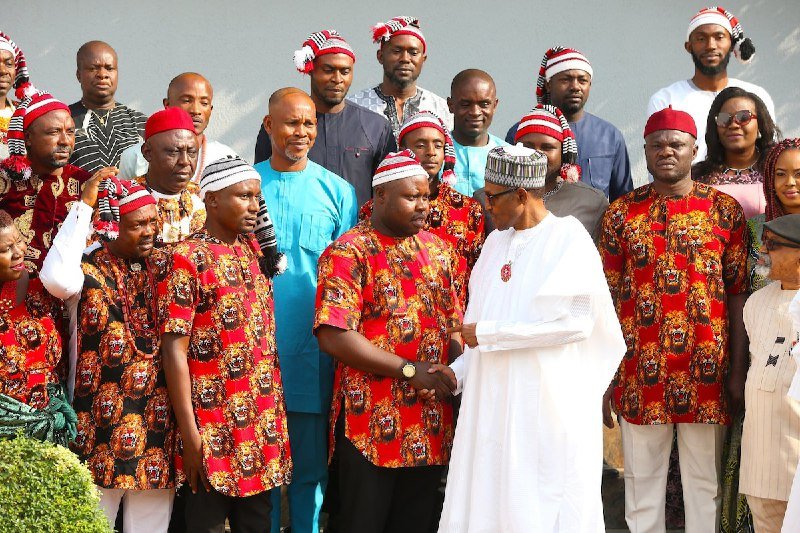 On Monday, the youth division of Ohanaeze Ndigbo, the country’s foremost Igbo sociocultural organization, voiced concern over the most recent threat made by one of the terrorist organizations active in the country’s North.

According to Anaedoonline.ng, the group that kidnapped train passengers traveling from Abuja to Kaduna also threatened to kidnap President Muhammadu Buhari.

One of the terrorists threatened to turn the area into an abattoir in a widely shared video if the authorities didn’t give in to their demands.

“This is our message to the government of Nigeria and just as you have seen these people here, by God’s grace, you will see your leaders; your senators and governors will come before us.

“These ones you are seeing here, we will keep some as our slaves and sell them off just as our Imam told you in the past,” he said.

“Just like the Chibok girls that were sold off, we will equally sell these ones as slaves.

“If you don’t adhere to our demands, we will kill the ones we need to kill and sell the remaining. By God’s grace, El-Rufai, Buhari, we will bring you here,” one of the terrorists said.

He claimed there were daily indications that the All Progressives Congress, led by Buhari, was completely unable to secure the nation.

2023: We’re Yet To Endorse Any Presidential Candidate – Ohanaeze

The administration, according to Okwu, should hang its head in shame for failing to uphold security, which was ranked first on its change mantra.

“How else can we explain the fact that mass abductions go on under this government on a daily basis, yet none of such victims have ever been rescued, except when ransom is paid.

“Not long ago, these daring terrorists attacked the President’s convoy. As if that was not enough, Kuje Prison was breached.

“When we thought we had heard the last, they have now threatened to abduct a sitting President. As usual, this threat will be treated with levity by the government in power.

“This situation intensifies the fear that there could be a grand plan to Islamize this country by simply handing it over to terrorists.

“The time has come for Mr. President to prove otherwise to Nigerians. Security agencies should not be busy pursuing Biafra agitators when the real threats to individual and national security are walking the streets free, receiving chieftaincy titles.

“Security was number one on the APC’s change mantra, but they have failed so low, worse than any previous government in this country.

“It is even more shameful to read a statement from Buhari’s media aide, Garba Shehu, that the President had done all, and even more than what was expected of him as the Commander-in-Chief. If this is the best we can get from Mr. President, a General, then, the Government should bury its head in shame. This is not a time to play politics,” Okwu declared.