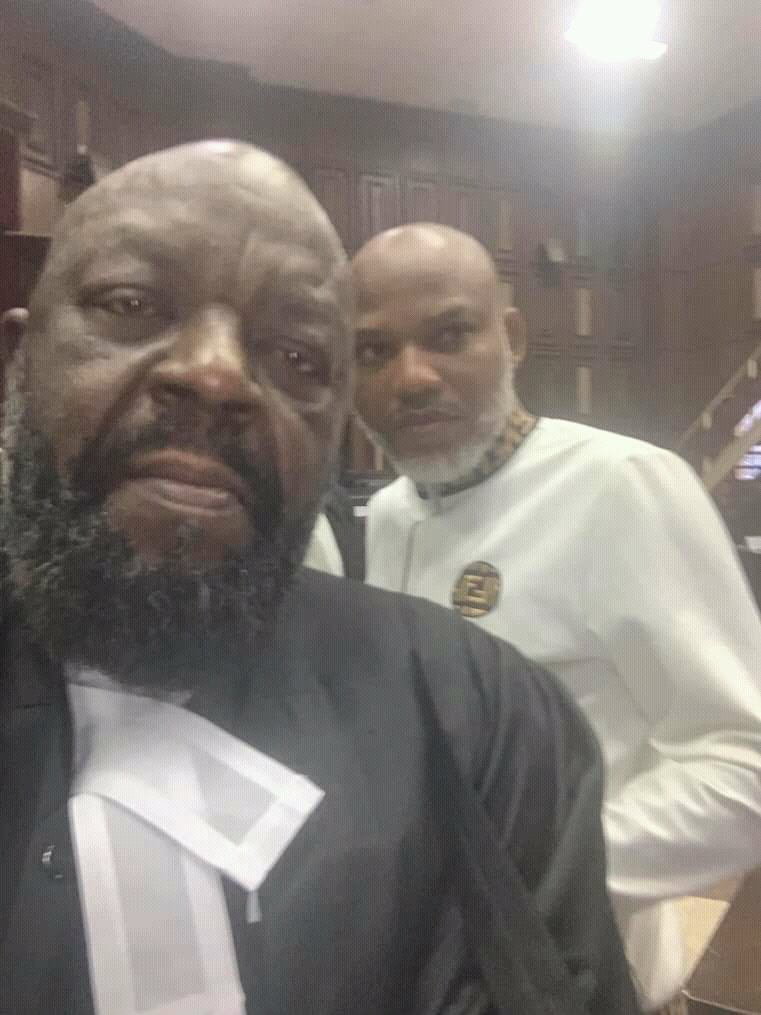 Nnamdi Kanu, the founder and leader of the Indigenous People of Biafra (IPOB), is represented by Aloy Ejimakor, who has criticized the Coalition of Northern Groups (CNG) for making anti-Kanu remarks.

Ejimakor claimed that CNG’s request to the Federal Government not to release Kanu was disrespectful to the UN.

Recall how the Nigerian government had been advised to free Kanu by the Working Group on Arbitrary Detention of the UN Council.

However, the Arewa group has argued that the UN shouldn’t meddle with Nigeria’s national legal systems.

The organization expressed concern that releasing the IPOB leader might fuel further bloodshed.

Reacting, Ejimakor urged the Nigerian Bar Association, NBA, to censor the group over such a comment.

In a tweet, the IPOB lawyer wrote: “The call by the Coalition of Northern Groups for disobedience of the UN directives on #MNK is contemptuous.

“The diatribe against the UN added insult to injury. I expect Nigerian Bar and other Nigerians to censure the call and advise prompt compliance with the directives.”