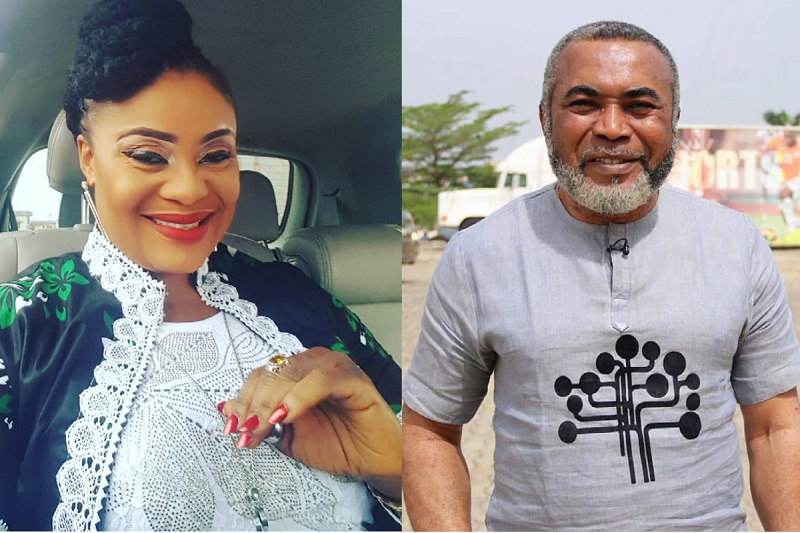 The disagreement between famous Nollywood actor Zack Orji and his wife Ngozi over their choice of presidential candidates has drawn conflicting comments from several Nigerians.

According to Anaedoonline.ng, Ngozi announced her support for Peter Obi, the flagbearer for the Labour Party (LP), in opposition to her husband’s choice to back Bola Tinubu, the presidential candidate for the All Progressives Congress (APC).

Sharing the photos and video, Ngozi wrote: “It was An Awesome Time Today. That Moment Our Apostle General Anselm Madubuko Introduced H E Sir Peter Obi. What an Awesome Way To Wrap up AZUSA 20 Conference. God bless you Sir for Coming. We are OBIdient. We Move.”

Zack claimed in a video posted to Twitter that his support for Tinubu is founded on his over 40 years of expertise and observations in Lagos.

The APC flagbearer was characterized by Zack Orji as a man who upholds justice, equity, fair play, and national unity.

Some Nigerians responded to the couple’s disagreement by saying they were playing games to prevent losing on both sides.

lildavez_official wrote: “They are just playing the smart one … a plan B,incase Peter Obi win make them game no cut totally”

ayara130 wrote: “All I see is that This family dy hustle on their own lowkey”

obarotiblaze wrote: “A definition of collect the money but vote your choice.”

city_of_urhobo_ wrote: “Politics is not met to divide a nation or bring issues among each other. Everyone in a family is entitled to vote their fav with their own personal reason”

ovie_isoko wrote: “Zack just need some money he is an Igbo man a business man on election day he will vote fir Obi after eating Tinubu’s money ,he has just one vote”

abiodun.junaid.37 wrote: “All I see here is planned by both husband and wife cashing out on both sides hustling who is a fool yeyebrities yeye dey smell mtweeee”