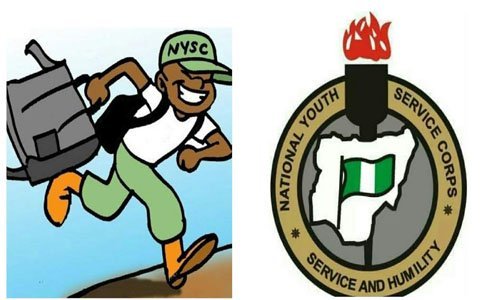 Over 100 youths from the 36 states and the FCT have protested against the ongoing call to abolish the National Youth Service Corps, arguing that it has become a part of the nation’s history and a representation of its unity.

In order to rebuild, reconcile, and restore Nigeria after the Civil War, Gen. Yakubu Gowon (retired), a former head of state, founded the NYSC in 1973.

The program aims to foster national unity and the formation of bonds between Nigerian youth.

The youths, who acted under the aegis of ‘Nigeria First’, said the NYSC scheme should be protected and preserved, since its objective was the promotion of national integration among Nigerians.

The spokesperson for the NF, Richard Augustine, stated these during a press conference which was held on Friday evening in Abuja.

He said, “We wish to state in unequivocal terms that the NYSC must not be scrapped, as it would amount to a great disservice to the country, if such a brilliant initiative is sacrificed on the altar of selfish aggrandizement by some vested interests in the country.

“Sadly, those against the existence of the NYSC have elected to turn the truth on its head for inexplicable reasons and link the continued existence of the scheme as responsible for the death of corp members and other appurtenances occasioned by the spate of insecurity in the country.
“We find such a stance anti-Nigeria given the numerous contributions of the NYSC to nation building and sustainable growth and development.

“It is on record that the operations of the NYSC have evolved over the years in conformity with the global trend from a scheme devoted to national integration to a skill and the entrepreneurship hub for the teeming youthful population of the country.”

Augustine said rather than abolish the NYSC, the government and other stakeholders could look at its challenges in order to put it right.

“That some youth corp members encountered life-threatening situations that, in some instances, resulted in death does not mean that the NYSC is a death trap as some unscrupulous groups and individuals would want the unsuspecting members of the general public to believe.

“Our opinion is that those who have advocated for the scrapping of the NYSC in recent times are not in tune with the reality on the ground in the country.

“It is either a function of ignorance or mischief, given that the operations of the NYSC in Nigeria have been noteworthy and instrumental in implementing policies and programmes that place the youths on the pedestal to achieving greatness.

“Nigeria First wishes to reiterate that the call for the scrapping of the NYSC is a misnomer and should be disregarded by concerned stakeholders, including parents and guardians, as the novel introductions in the NYSC in recent times have been impactful in our quest for socio-economic growth and development,” he emphasised.