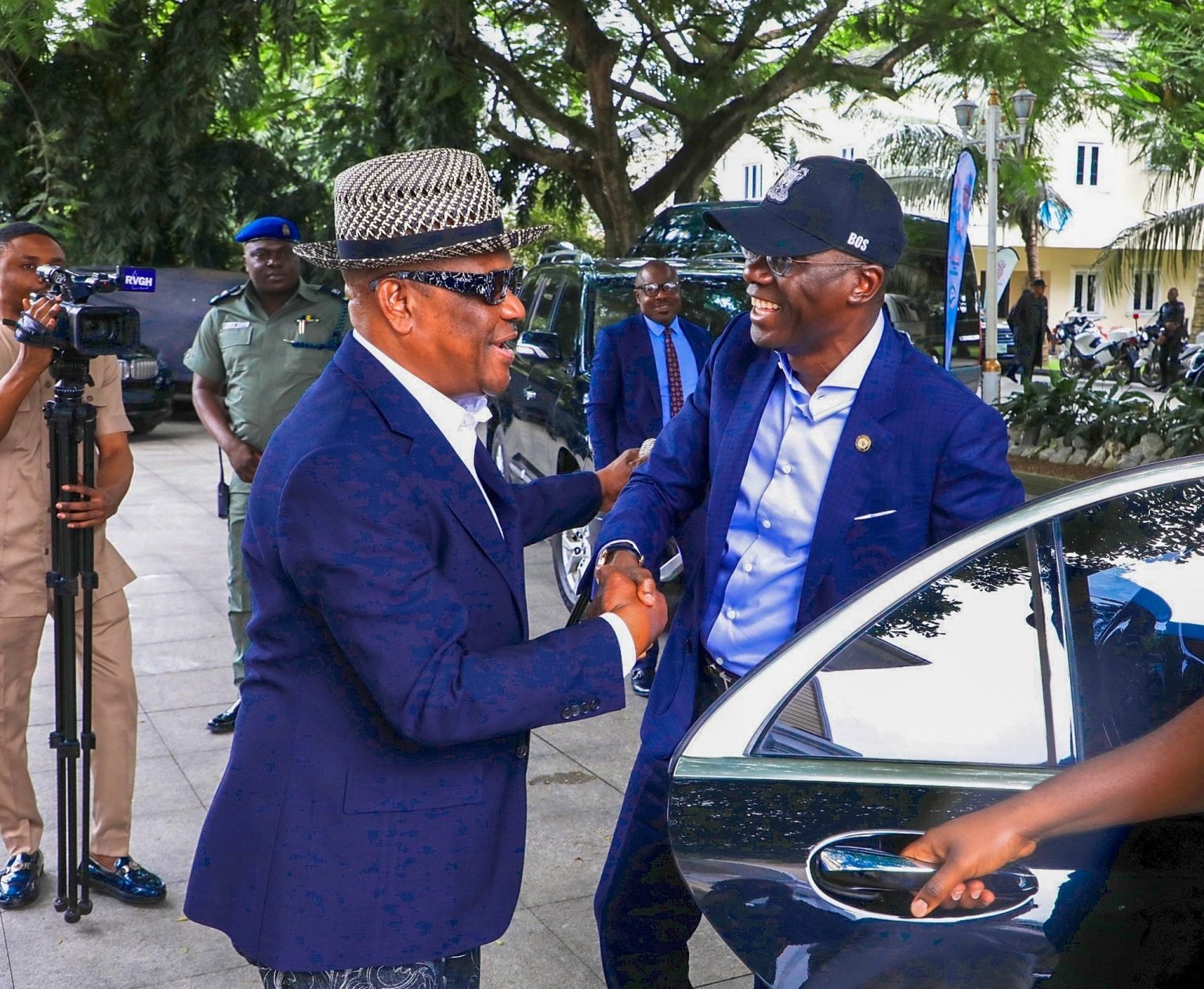 To inaugurate a project, Lagos State Governor Babajide Sanwo-Olu has been to Port Harcourt, Rivers State.

The Port Harcourt City Orochiri-Worokwu Flyover is anticipated to be put into service by Sanwo-Olu.

Several APC governors had just paid a visit to Wike in Port Harcourt when this happened.

Sanwo-Olu, Governor Kayode Fayemi of Ekiti State, and Governor Rotimi Akeredolu of Ondo State were the governors who paid Wike a visit.