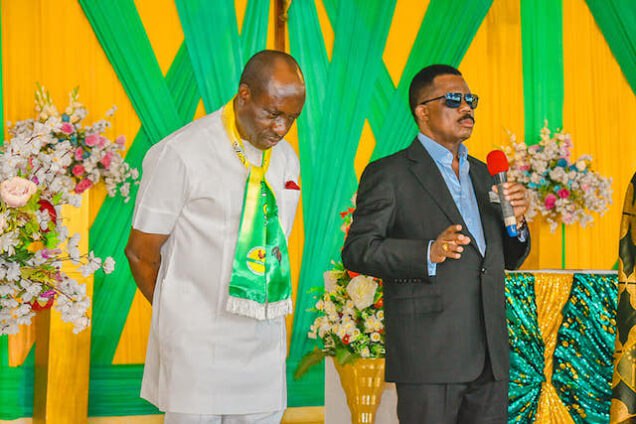 Professor Chukwuma Soludo, the governor of Anambra State, sent his greetings to Willie Obiano on his 67th birthday.

In a letter from Mr. Christian Aburime, Soludo’s chief press secretary, the former governor of the Central Bank thanked Obiano for his devoted service to the Anambra and its people.

Soludo said, “Indeed, generations of Ndi Anambra and Nigerians will look back in history to appreciate your exemplary leadership and contributions to nfrastructural development and community service.

“As the fourth democratically elected Governor of Anambra State, from 17 March 2015 to 17 March 2022, you have contributed your best and history will be kind to you,” Soludo stated.

Congratulating Obiano, Soludo said, “Attaining the age of 67 years is a milestone achievement deserving of celebration, having served and become an accomplished politician, banker and technocrat within these years.

“On behalf of my family, the government and people of Anambra State, I wish you long life, sound health and many more years of service to your fatherland and humanity.”

Following his time as governor, Obiano was detained by the Economic and Financial Crimes Commission (EFCC), but was later freed on medical grounds. He then traveled to America for medical examinations.

Despite fierce opposition and manipulation by opposition elements in the state, including the ruling party in the nation, the All Progressives Congress, he was known for having stayed strongly behind Soludo during the 2021 governorship race in the state (APC).