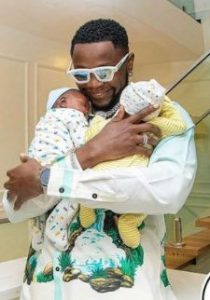 Kizz, a top Nigerian Afro beat singer from Nigeria, was born Oluwatobiloba Daniel Anidugbe. Due of his absence from the concert, Daniel was detained in Tanzania.

According to Anaedoonline.ng, a video of his arrest that appeared online showed the musician being led into the police van.

In Tanzania, the singer’s followers organized the police to detain him for allegedly refusing to take the stage at his concert on August 7th, 2022.

The artist, who had only arrived in the nation earlier in the day, reportedly declined to perform since his clothing weren’t available.

Some of the fans who vented their wrath on Twitter said that some people who paid up to $5000 for tables afterwards tore the venue apart in rage.

This is the third time in the past month that fans have criticized Kizz Daniel for postponing his gigs.

The father of two was originally hauled off on July 7 after performing in the United States’ District of Columbia and keeping fans up for more than five hours.

As a result of his sudden cancellation of his Denver show on July 28, 2022, he was also pursued by his followers.