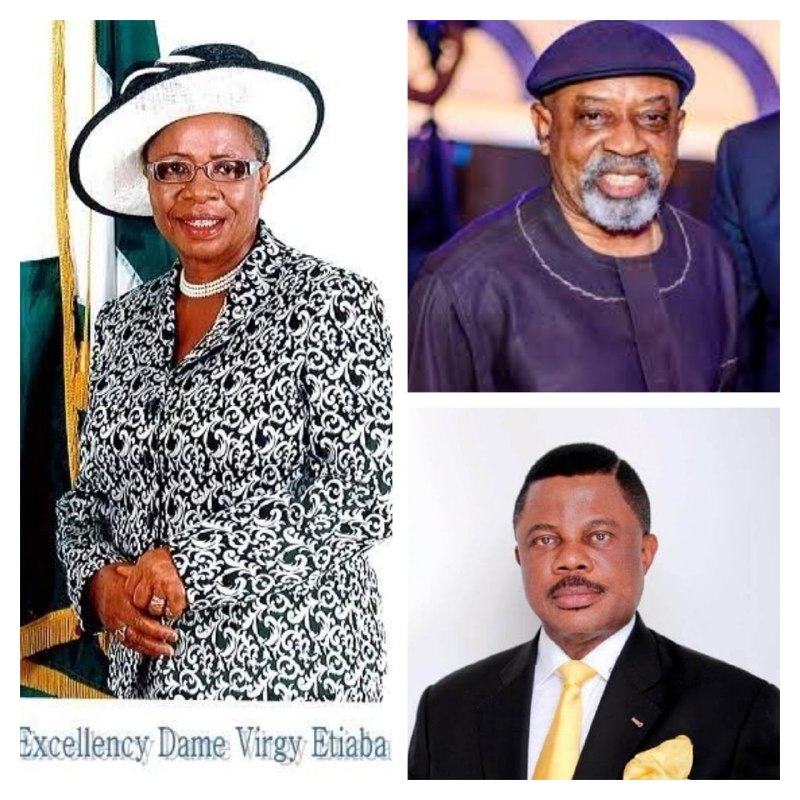 First female governor of Nigeria, Dame Virgy Etiaba, has praised Chief Willie Obiano and Dr. Chris Ngige, the past governors of Anambra State, for their contributions to the state.

The two past Governors made significant contributions to the state’s quick development, according to Dame Virgy, who sent birthday greetings to them on the occasion of their respective sixty-seventh and seventieth birthdays.

Dame Virgy, a former governor and deputy governor of the state, insisted that under Chief Obiano and Dr. Ngige, the state underwent a significant shift, particularly in terms of its road system and its human development.

She expressed satisfaction that the two former governors immortalized their names through good governance, noting that while Chief Obiano left the state a signature project—the Anambra International Airport—and included the state among the oil-producing states in the nation, Dr. Ngige is credited with building sturdy roads throughout the entire state’s communities and putting an end to the threat of political godfathers in the state.

Dame Virgy urged Ndi Anambra to continue showing the two former governors the respect and encouragement they need to succeed in their different endeavors, and she prayed that God would always grant them peace. 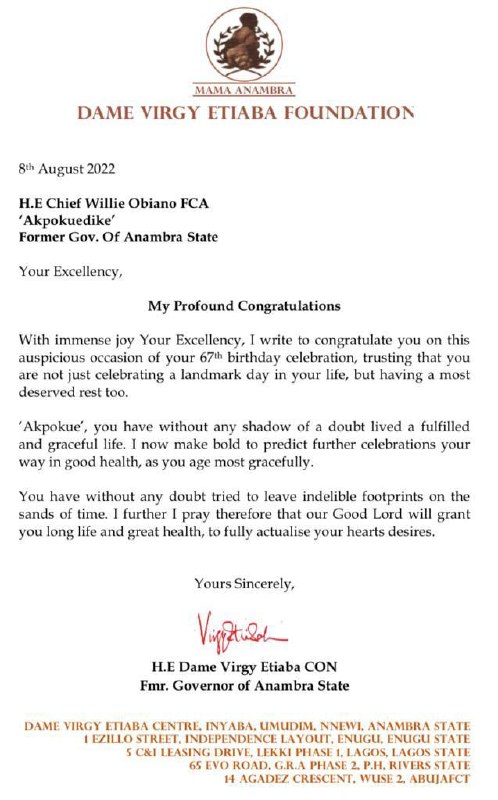 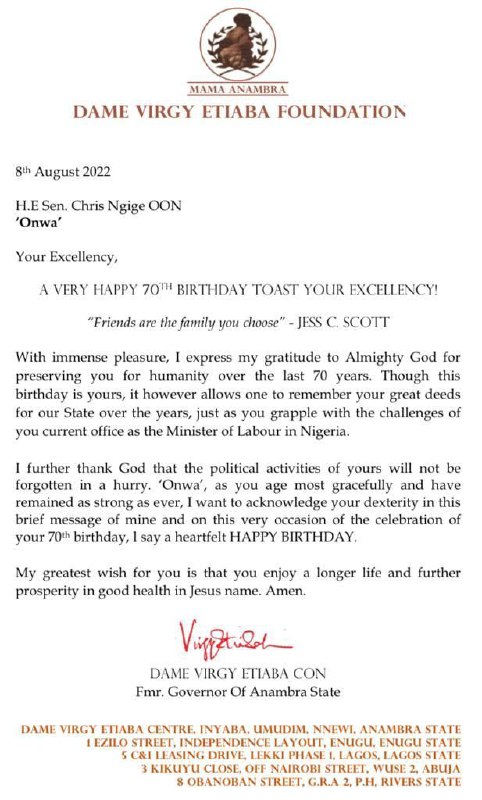