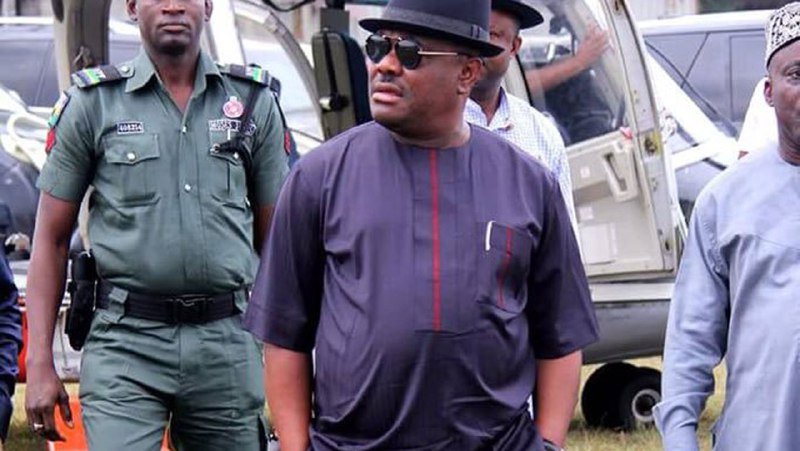 Nyesom Wike, the governor of Rivers State, expressed sadness while making a covert allusion to missing out on the Peoples Democratic Party (PDP) presidential ticket for 2023, which effectively eliminated him from contention to become the country’s next leader.

Speaking on Tuesday, Wike expressed remorse for not having the chance to deal with the bandits, terrorists, and other criminals operating in the nation while lamenting the lack of committed leaders in Nigeria.

He reportedly said during the commissioning of the dualized Ogbunuabali-Eastern bypass road in Rivers State, according to Anaedoonline.ng.

As a result of his dedication to serving the people of Rivers State, Wike, who lost the PDP nomination to Atiku Abubakar, said he will continue to serve them with enthusiasm.

In his words, “I challenge everybody. The problem we have in this country today is that we don’t have people who have that passion, who want to serve their people.

“But this one I have, I will use it and serve my people so that they will be happy and know that they deserve the best.”

It is believed that a chasm has formed between Wike and the party’s leadership as a result of his defeat in the PDP presidential primary.

The difference has become even wider since Ifeanyi Okowa, the PDP’s vice presidential candidate, eventually emerged.

Prior to the elections in 2023, there have been demands for and attempts at reconciliation, particularly between Wike and Atiku. However, it is reported that these efforts have not yet been effective.

This has led to rumors that the governor of Rivers may not support Abubakar in his bid to become Nigeria’s next president.