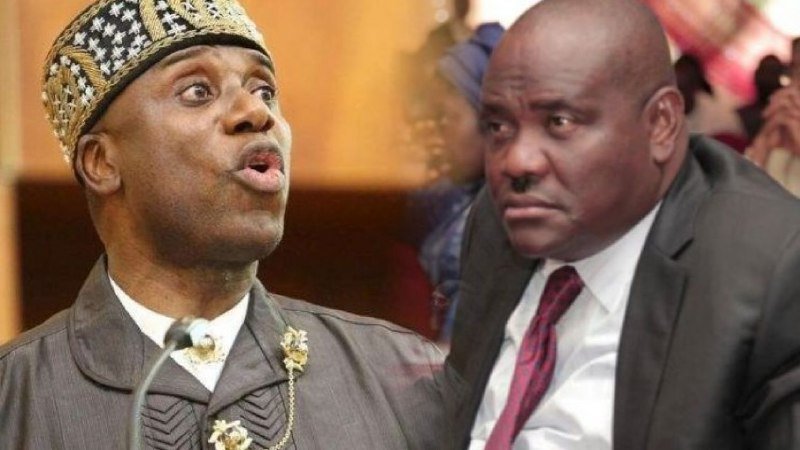 The latest relationship between Asiwaju Bola Ahmed Tinubu’s associates and Governor Nyesom Wike of Rivers State has reportedly irked the Rotimi Amaechi-led All Progressives Congress (APC) in that state.

According to Anaedoonline.ng, Governor Wike has recently met with several APC chieftains who support Tinubu.

Recently, the governor of Rivers State invited Babajide Sanwo-Olu, the governor of Lagos State, Aliyu Wamakko, the speaker of the House of Representatives, and others to inaugurate certain projects in his state.

According to our online newspaper, Wike also met with the governors of Ondo and Ebonyi states as well as the chairman of the Nigerian Governors Forum, Kayode Fayemi.

According to sources close to Amaechi, Wike and Tinubu’s courtship was disrespectful because it was well known that Wike and Amaechi, a former minister of transportation, were political rivals.

The source claims that if things continue as they are, Atiku Abubakar, the Peoples Democratic Party’s (PDP) presidential candidate, may start courting Amaechi soon.

An associate of Amaechi said, “The APC leaders have been coming to Rivers State to lobby Wike and make all manner of promises to him. These people never came to Rivers even when the party was having a crisis.

“They should not forget that Amaechi came second in that presidential primary and is still the leader of the APC in Rivers State. Rather than rally around him, they have been romancing Wike. Tinubu is among the sponsors of Magnus Abe who has defected to the SDP.

“Magnus Abe is Tinubu’s boy. He is always with Tinubu. Even after joining the SDP, he is still with Tinubu and has promised to work for Tinubu’s campaign. Yet they cannot caution him.”

Chukwuemeka Eze, a party chieftain, also addressed the idea of Amaechi defecting from the ruling APC, although he denied knowing that Atiku had contacted Amaechi.

However, he added, “If Amaechi decides to rejoin PDP, it may not be of his own making but due to the acts and attitude of Senator Bola Ahmed Tinubu and managers of his campaign team coupled with the new style of leadership of those currently running APC.

“Let me state unequivocally that the manner and ways Amaechi and his political Team are being neglected both in the formation of the APC Presidential Campaign Council and most of the activities of the party since after the APC Presidential Convention is not the best way to treat a leader with the stature or status of Amaechi. You don’t do that.

“To worsen the situation, the manner in which Tinubu and his associates continued to associate with Governor Nyesom Wike of Rivers State without any consultation with Amaechi or any member of his political family is not only sad but very unfortunate.”

Eze said that given the fact that Atiku Abubakar and Amaechi are not only close political allies but have remained important allies in the advancement of this nation, he won’t be surprised if Atiku is courting Amaechi.