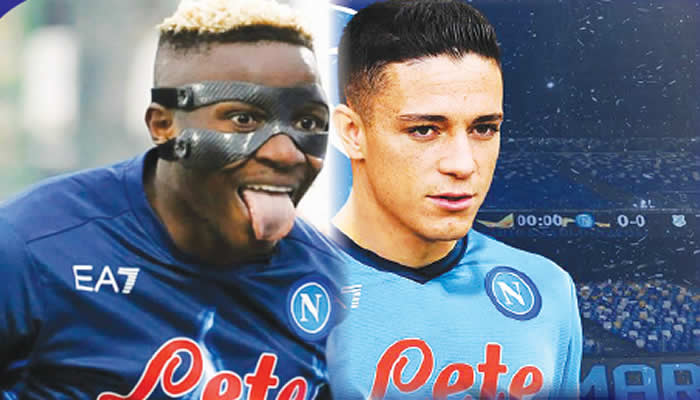 Napoli are still without a strike partner for Osimhen ahead of the 2022/23 Serie A season, following the departures of captain Lorenzo Insigne and Dries Mertens.

Despite signing young Georgian playmaker Khvicha Kvaratskhelia as a direct replacement for Insigne, they are still looking for a striker to form a formidable strike force with the Super Eagles forward.

With Serie A starting in another few days, Napoli are still caught in the middle of a rebuilding process.

However, according to several reports in Italy, young Sassuolo star Raspadori, who excelled last season under Alessio Dionisi, scoring 10 goals and providing six assists in 36 Serie A appearances, has been a target for the Naples-based club.

Pistocchi is convinced that Raspadori, who was a part of the Italy squad that won Euro 2020 last year, will form a percet strike force with the Nigerian.

“Napoli is a team that at the moment leaves its substitutes disappointed but has replaced Insigne very well with Kvaratskhelia,” the 66-year-old football expert told Radio Marte.

“The purchase of the player behind Osimhen becomes essential. I like Raspadori very much. In my opinion, he would be perfect with Osimhen.”

Osimhen was named Serie A’s best young player of the season last campaign after scoring 14 goals and assisted twice in 27 appearances for Napoli.