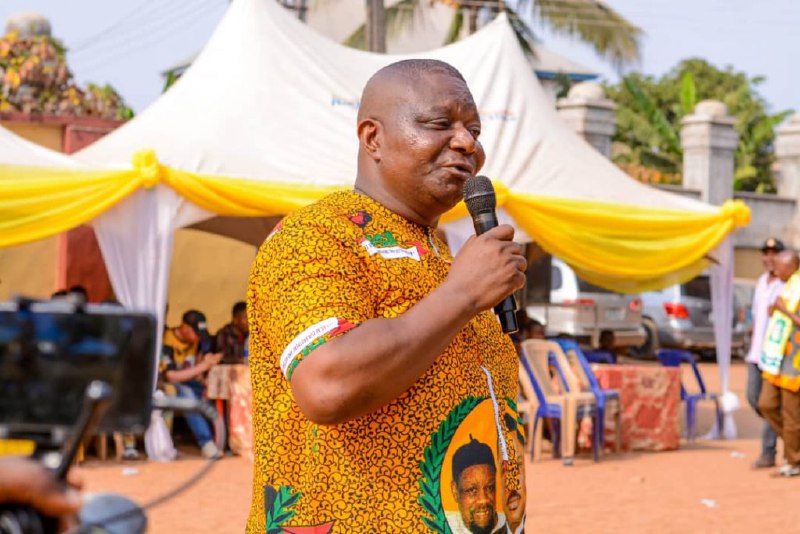 Iloka, also known as Mba Mba, was placed on administrative leave due to the circumstances surrounding the death of his wife last Sunday morning.

Chidiebere, Iloka’s wife, is reported to have slouched and passed away on Sunday morning after preparing her husband breakfast.

However, some close to the marriage argued that Iloka may have murdered his wife because of a history of beating her.

Additionally, there were evidence of violence on her body, and a large wound to her skull sparked suspicion and a public outrage over her passing.

The chairman was instructed to turn over to the head of local government administration in a letter of suspension signed by Tony Collins Nwabunwanne, the commissioner for local government, chieftaincy, and community affairs for Anambra State. This was done to prevent interference with the investigation.

The letter read: “Following the sad news of the death of your wife, late Mrs Chidiebere Iloka on 7th August 2022, there have been a massive outcry over the circumstances leading to her death, including alleged possible homicide.

“While you are presumed innocent until the completion of investigations, it has become imperative that you step aside to allow unfettered investigation and justice.

“Consequently, you are directed to step aside and to hand over the affairs of the local government to the head of local government administration, not later that 12th August 2022, until further notice.”

Iloka’s appointment as local government chairman is relatively new. He will only hold the position for about a week before being removed.