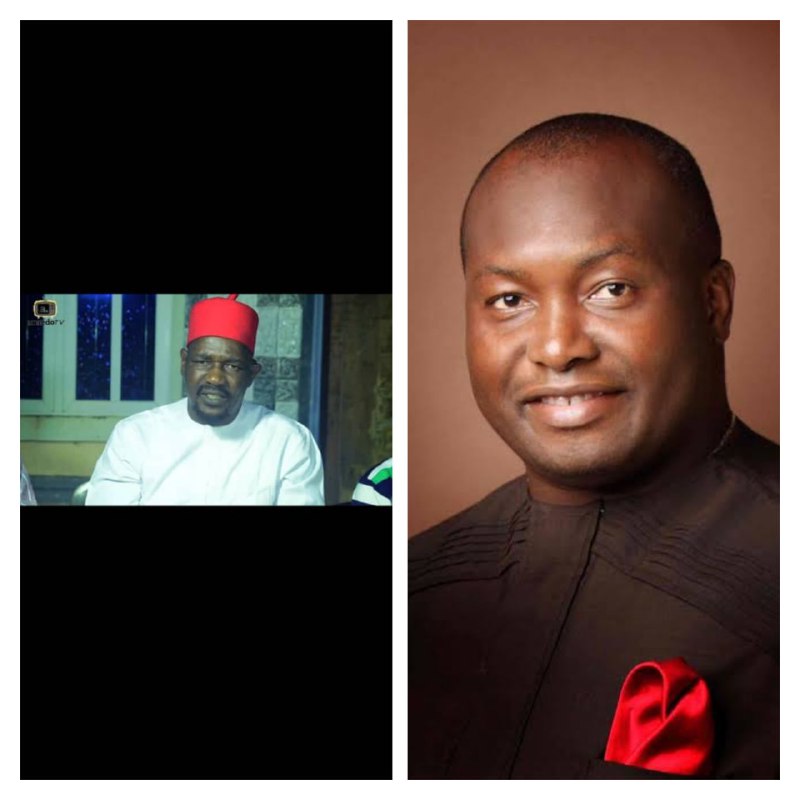 The death of Lady Chidiebere Iloka was reported with many unconfirmed stories suggesting her death was a case of domestic violence and her husband, Mr Mbazulike Iloka (Mba Mba) responsible for her death.

The community chieftain in an exclusive video interview with AnaedoTv, a subsidiary of Anaedoonline.ng bemoaned the social media attack on the widower, Mbazulike who he said has been a good husband to the late wife, Lady Chidiebere Iloka.

Chief Afam Iloka revealed that the attack on Mba Mba is politically motivated. He, however, went ahead to mention categorically that Senator Ifeanyi Ubah is the one behind the attack on Mbazulike.

His Words, “Ifeanyi Ubah, it is high time you retrieve your steps, there’s nothing that concerns you with Mba Mba. He was once your political son, who left you to pursue his plans with the governor (Soludo).

“Instead of you to sympathise with him(Mba Mba), what you did was to pay social media influencers and your attack dogs to damage his image, which is very bad and has caused mischiefs in the society without evidence”.

“Mbazulike Iloka is free to be with any political party he likes, it’s his choice. I’m not a political person. It is not everything that you play politics with. Ifeanyi Ubah, you still have a long way to go, but if you continue this way, you will just spoil your political career. Playing politics is not by damaging another persons image”.

2023: This Is The Most Difficult Presidential Candidate To Campaign For – Dino Melaye

2023: This Is The Most Difficult Presidential Candidate To Campaign For –...