REVEALED: Group Opens Up On Why Wike Did Not Invite Tambuwal To Launch Project 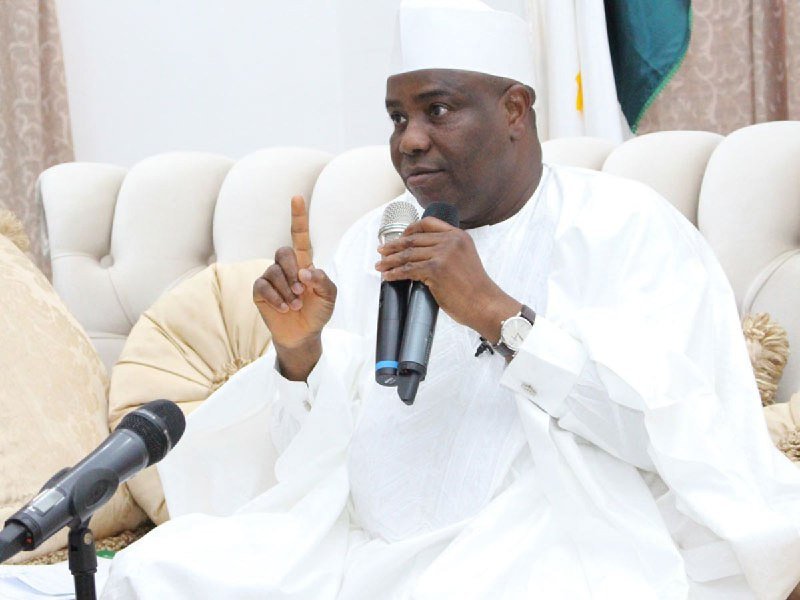 Aminu Tambuwal, the governor of Sokoto State, was not invited by Rivers State Governor Nyesom Wike to commission projects there, according to an organization called Arewa Paradigm Shift.

Recall that last week, Governor Wike invited Aliyu Wamakko, the former governor of Sokoto State, to dedicate a project in the state.

The All Progressives Congress (APC)’s one of its founding members, officially opened the Ogbum-Nu-Abali Eastern Bypass route.

Wamakko was invited because of his greater influence than Tambuwal, according to a statement made by the group’s Director of Mobilization, Adamu Musa-Illela, and released in Kaduna on Saturday.

Musa-Illela wrote, “Wike knows that Wamakko, being the ‘godfather’ of the North-West APC, is a more influential political figure in the North than the Sokoto state’s helmsman (Tambuwal).

“Governor Wike sent a formal letter of invitation to this godfather of Sokoto politics because the Rivers helmsman knows those that matter the most politically in the North today. Wamako is a tactician that helped Buhari win the North-West in 2015 and 2019.

“To be politically relevant in the North-West today, political heavyweights like Wamako are necessary alliance partners for victory.”