NBC Closes AIT And Others Due To…

Will Mbappe And Neymar Succeed Together For…

I Have No Issues With Mbaise People,… 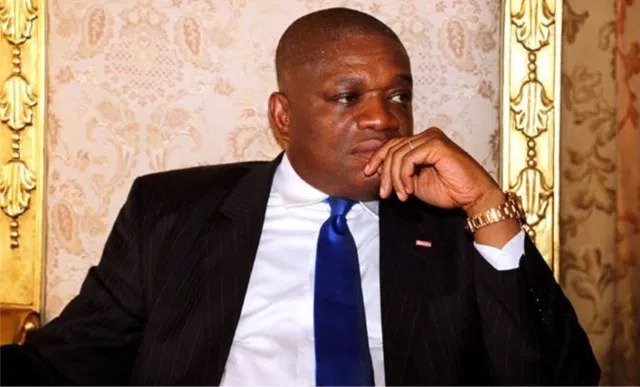 According to the Orji Uzor Kalu Campaign Organization, the Chief Whip of the Senate, Orji Uzor-Kalu, never came into contact with any armed individuals while touring the wards of the Ohafia Local Government Area.

In a statement on Friday, the campaign organization’s spokesperson, Mr. Sunny Idika, warned anyone spreading such rumors to stop.

The statement claims that Kalu, the senator for Abia North senatorial district, is exerting all legal effort within his power to resolve the sad security problem in Ohafia.

The statement read in part, “Distinguished Senator Orji Uzor Kalu and his team never had any armed confrontation with any group during his ward-to-ward tour in Ohafia Local Government Area as peddled by some people.

“Senator Kalu met and interacted with his constituents from Okamu, Ohafor, and Ania wards where he admonished them to be peaceful and law-abiding.

JUST IN: Gunmen kill Policeman, Injure Four Others In Abia

“Let it be on record that Senator Orji Uzor Kalu and his team never encountered any armed group at the communities he visited.

“Therefore, those peddling such rumour against the Chief Whip of the Senate, should desist from the mischievous act.

“Senator Orji Uzor Kalu is doing everything possible within his constitutional rights to bring the unfortunate security crisis in Ohafia Local Government Area under control.”

NBC Closes AIT And Others Due To N2.6 Billion Debt