NLC Is Requesting A Review Of Media… 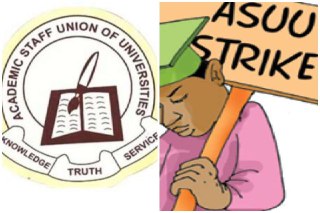 On Thursday, the Academic Staff Union of Universities (ASUU) explained how the Federal Government can end its protracted strike in a single day.

Emmanuel Osodeke, the union’s national president, asserted that the strike will stop if the federal government gives priority to its requests.

In an interview with Arise TV, Osodeke stated that Nigerian leaders would seek to end the strike if their children were attending schools there.

He added that the leaders of Nigeria’s government would experience their agony if their children attended schools there.

The ASUU president urged the government to give education the top priority, as did Nnamdi Azikiwe, Awolowo, and other earlier leaders.

Victor NdubuisiAugust 25, 2022
Another great offer for you