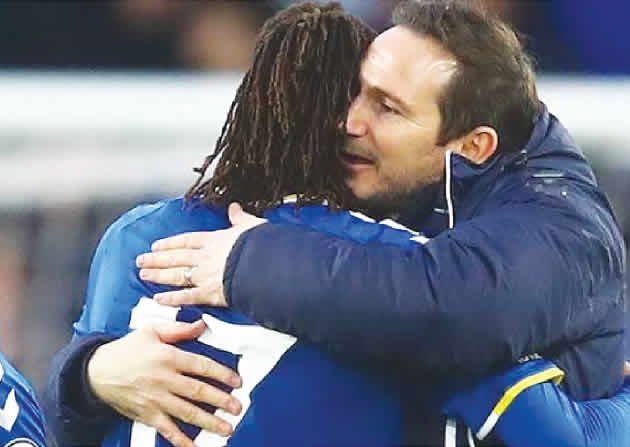 Iwobi has put in a string of outstanding performances for the Toffees since the former Chelsea manager took over in January.

Unlike under Marco Silva and Carlo Ancelotti, the former Arsenal player has been a regular since Lampard’s hiring in January.

The Nigeria international played a crucial role and was singled out for praise by fans of the Merseyside club, as they successfully fought against relegation at the end of last season.

Despite Everton’s slow start to the 2022/23 Premier League season, Iwobi continues to impress and has been one of the few outstanding players for the club.

In an interview with the club’s media team, the 26-year-old credited his impressive performances to the manager.

“When he (Lampard) first got appointed, I came back from AFCON (Africa Cup of Nations) and he’s always given me the belief to go and express myself and play the way I train,” Iwobi told Everton’s official website.

“He’s always given me the belief and confidence that I can just go out there and enjoy my football, and so ever since he’s been appointed I’ve been doing that and repaying the faith that he’s shown in me.

“I mean, sometimes he does tell me to cool down and keep the ball, enjoy the ball, but he also enjoys the fact that I’m always trying to progress with the ball and get the team up the pitch with the ball, so as long as I’m just expressing myself, I don’t think he minds.”

Iwobi played as right-back towards the end of the 2021/22 season having been tried in different positions under Lampard. So far this season, he has played in the central midfield and the Nigerian remained confident of succeeding wherever he was needed.

“I’ve been lucky to have played in numerous positions as a kid. So, playing in central midfield is not a problem for me. You just have to be constantly moving and you can’t have a rest, you also have to be constantly alert and aware of your opponents and you can’t switch off. You just need to have the IQ to play in the midfield but having teammates that always talk to me makes it easier for me. I have to give some credit to my teammates.”

On his confidence level, Iwobi added, “I’m going into the games confident. I always feel like I can influence the game, whether that’s in a defensive part or an attacking part.

“I mean, the team always helps me, they help me perform to the level I’m doing at the moment, so I’m enjoying it.”