LATEST: Many Trapped As Building Collapses Inside…

UPDATE: ASUU Reveals Why They Went On…

See What Presidency Told Atiku After He…

LATEST: Many Trapped As Building Collapses Inside Kano GSM Market 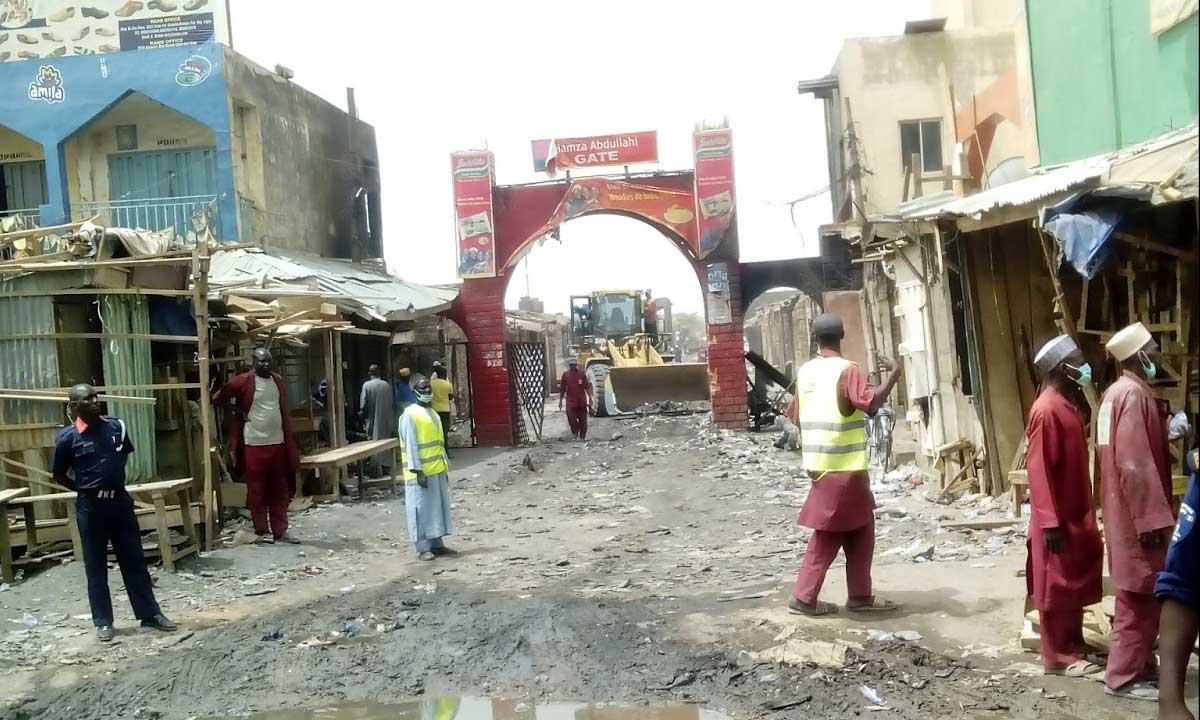 A building collapse in Kano State has reportedly trapped vendors, causing havoc at a market there.

According to reports, the structure is part of the well-known GSM Bairut road market and is still under construction. At the moment of the collapse, there were employees, vendors, and even bystanders inside.

According to a witness who managed to flee the catastrophe, the structure has three levels, with the first and second floors already finished and occupied by dealers.

He said that at than 100 people work for them, including those who sell GSM phones, meals, and relax under the building’s shade.

Another dealer asserted that there may be more than 100 people buried beneath the building’s debris.

With a joint team of Police, Civil Defense, and other paramilitary forces on the ground, a rescue mission is already under way.

Only three people were reported to have survived unharmed as of the time of this article.

If any deaths have been reported, Anaedoonline.ng is unable to confirm it.