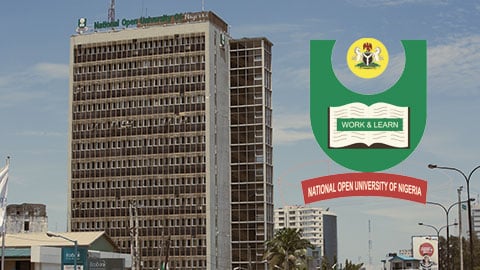 The National Universities Commission and the National Open University of Nigeria have graduated the fifth group of participants in a series of capacity-building activities aimed at bolstering the implementation of the 2019-2023 Blueprint for the Rapid Revitalisation of University Education in Nigeria.

The training programme is one of the Rasheed Revolution’s thrusts in the Nigerian university system. Module five of the programme, which took place between July 18 and August 29, 2022, focused on the theory and practise of strategic planning and was intended to reposition Nigerian institutions for quality education delivery through the implementation of well-designed strategic plans.

“Speaking at the event, the Executive Secretary, NUC, who was represented by Dr. Biodun Saliu, underlined the importance of strategic planning for a revitalised Nigerian university system and urged all university managers to take steps to reformulate their strategic plans to respond to contemporary developments in higher education.

“In an earlier address, the Vice-Chancellor of NOUN, Professor Olufemi Peters, expressed delight that the NOUN platform is being used for the conduct of the training through the Virtual Institute for Capacity Building in Higher Education.

“Peters noted that ‘this confirms, increasingly, the high quality of NOUN’s delivery system.” Of the 271 participants who graduated, 195 earned Distinction. Professor Ibiyinka Fuwape of Michael and Cecilia Ibru University won the Nimi Briggs Prize for the Best Vice-Chancellor in the course while Professor Bolanle Akinwande of Ladoke Akintola University of Technology, Ogbomoso, six won the Ruqayyatu Ahmed Rufa’i prize for best female participant and four other prizes.

“The Olusola Oyewole Prize for the best participant from other African countries was awarded to Dr. Ndayishimiye Richard from Burundi.In his keynote address at the event, Professor Juma Shabani, Chairman of the National Council for Higher Education of Burundi, underscored the importance of strategic planning for African universities in meeting national and regional aspirations.
“He gave the example of the University of Burundi doctoral school as case study of how benefits can be derived from well-developed strategic plans.

Speaking further in the statement, Okebukola further noted that “one of the products of the practical training is the development by each participant of a strategic plan.

“These plans were contributed as case studies to a book by participants who earned distinction grades in the project.

“The quality of the case studies is indicative of the commitment of the participants to the training. Each case study reports extensively on the process leading to the development of the plan. Very detailed and well-costed plans resulted from this process. More importantly, each document has a monitoring and evaluation component which will be basis for periodic review”.

The book was publicly presented at the graduation ceremony by the Secretary-General of the Association of African Universities, Professor Olusola Oyewole.

LATEST: When Nnamdi Kanu Will Be Released Revealed