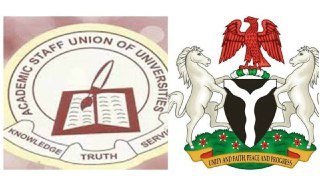 In order to discuss the ongoing Academic Staff Union of Universities (ASUU) strike, the Muhammadu Buhari-led administration has planned a meeting with the vice chancellors, pro chancellors, and management of federal universities.

Chris Maiyaki, the National Universities Commission’s (NUC) deputy executive secretary of administration, announced this in a letter on Tuesday.

The meeting with the honorable Minister of Education, Adamu Adamu, would take held at the NUC Secretariat in Abuja on September 6, 2023, according to Maiyaki.

According to him, the purpose of the conference is to update the Governing Councils and the management of the institutions on the decisions and steps the federal government has taken regarding the strike, as well as to review the present situation.

The letter reads: “As the Pro-Chancellors and Chairmen of Councils and the Vice-Chancellors are quite aware the industrial action by university-based unions has led to the closure of the institutions since February 2022.

“You are also aware that the non-teaching unions have suspended their industrial actions with effect from August 24, 2022, while a final decision is being awaited from ASUU.

“It has become necessary for the Governing Councils and the management of the universities to be briefed on the decisions and actions taken by the Federal Government so far to allow for a well-coordinated review of the situation including building consensus around succeeding actions.

“Consequently, I am to invite the Pro-Chancellors & Chairmen of Councils as well as Vice-Chancellors of Federal Universities to a special interactive meeting with the Honourable Minister of Education on Tuesday, September 6, 2022.”

According to Anaedoonline.ng, ASUU had already declared its intention to turn the roll-over strike it had been on since February into an indefinite strike.

The strike, according to ASUU president Emmanuel Osodeke, is intended to prevent the closure of public colleges.

Victor NdubuisiJanuary 14, 2023
Another great offer for you