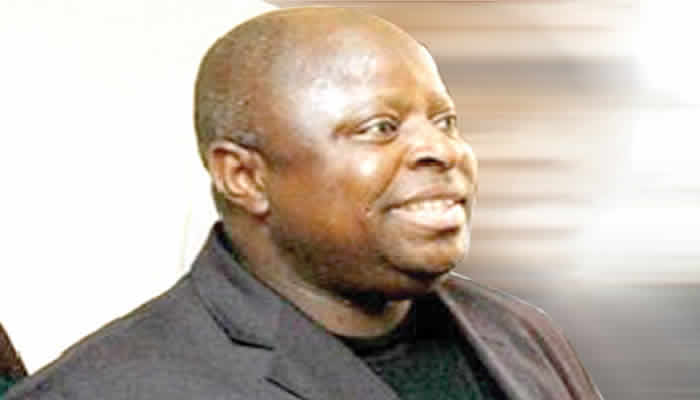 Bolaji Ojo-Oba, the former secretary-general of the Nigerian Football Federation, has discussed how he narrowly avoided going to jail after he and other top football officials were accused of making questionable transactions at the 2010 World Cup, among other things.

On July 7, 2010, agents of the Economic and Financial Crimes Commission detained Ojo-Oba and three other suspects, including Taiwo Ogunjobi, an ex-NFF secretary general, Amanze Uchegbulam, a former vice president of the NFF, and Sani Lulu.

They were arraigned on September 6, 2010 for alleged misappropriation of funds without giving proper accounts of how the money was spent during the South Africa 2010 World Cup.

They were specifically alleged of siphoning about $125, 000 through shoddy hotel bookings in South Africa during the 2010 World Cup, $250,000 lost as a result of booking the wrong airline for the trip, $400,000 allegedly expended on the Nigeria/Colombia friendly match and $236,000, which vanished from the coffers of the Glass House in 2009.

Other allegations against them were that they pocketed $5m marketing revenue received by the NFF from world body FIFA and corporate sponsors of the World Cup, N96m allegedly used in purchasing two luxury buses for the national team, N34m allegedly spent to conduct elections for the football body, $1.2m World Cup grant unaccounted for and N185m allegedly shared amongst state FA chairmen in their futile bid to frustrate their ouster from the football house.

However, Ojo-Oba, alongside the three others, were discharged and acquitted by the Court of Appeal in 2018, after the Federal High Court, Abuja convicted them in 2016.

Four years after they were acquitted, Ojo-Oba said he would have lost his case if not for the record keeping expertise of his then Personal Assistant Dr Chris Emeruwa.

Emeruwa, now the Head of Safety and Security Department, CAF, is vying for the NFF presidency at next month’s poll in Benin City.

“Public opinion was against us after the 2010 World Cup, when we (Super Eagles) didn’t perform well and we were told to go. We were taken here and there. When we saw the charges, we couldn’t believe it,” Ojo-Oba stated in Lagos on Wednesday.

“They wanted to get rid of us at all cost, so they said we embezzled N900m. The offence carries a seven-year jail term but I thank Emeruwa, for ensuring that I didn’t go to jail. While he was my PA, he made Photostat copies of all documents that came in and went out of my office, I never knew he was keeping the records. That was what saved me; I could have been in jail.”

Under Me, Lecturers Won’t Go On Strike – Obi

Igbos Tasked On Block Votes For Sanwo-Olu By Ndieze Lagos