For Interest Of Peace, Shift Power To… 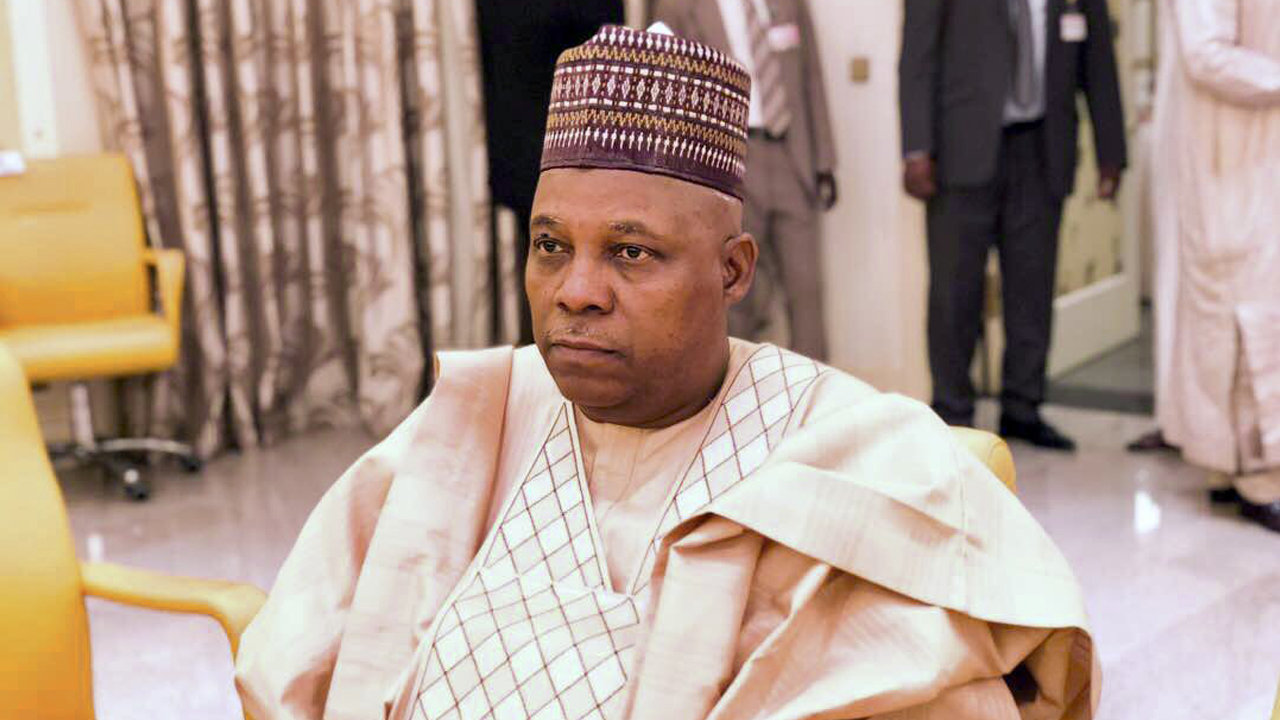 The former governor of Borno State and vice presidential candidate for the ruling All Progressives Congress (APC), Kashim Shettima, has been charged by the Peoples Democratic Party (PDP) with sabotaging former President Goodluck Jonathan’s efforts to combat Boko Haram in Borno, which resulted in the infamous abduction of over 270 Chibok schoolgirls in 2014.

This was the PDP spokesperson’s response to the rumored meeting between former President Jonathan and Bola Tinubu, the APC presidential candidate, and his running mate, Shettima, in Abuja.

On Thursday, Ologunagba posted a string of tweets criticizing the APC candidates.

He wrote, “Nigerians are scandalised over the disgraceful and hypocritical attempt by the Presidential Candidate of the All Progressives Congress (APC), Bola Tinubu and other APC leaders to distance themselves from President Muhammadu Buhari over the abysmal failure of the Buhari-led administration in which they are principal actors.

“In a desperate design to whitewash their battered public image, identifying with the obvious successes of the PDP and in an attempt to posture as statesmen, the APC Presidential Candidate, his running mate, Sen. Kashim Shettima and other APC leaders shamelessly orchestrated a photo opportunity with the distinguished and successful former President Goodluck Jonathan of the PDP.

“This is a patriotic Nigerian leader whose PDP-led purposeful and successful government the APC leaders viciously harassed, constantly insulted, labelled, sabotaged and discredited for their selfish power-grabbing enterprise.

“Nigerians have not forgotten how Asiwaju Tinubu callously vilified and pilloried Dr. Jonathan, spewed hate against his administration and reportedly funded a near riotous protest which was inflamed by concocted economic lies, propaganda and false statistics to discredit the Jonathan-led PDP administration.

How Military Operation Might Have Helped Some Chibok Girls Escape

“Nigerians can equally recall how Sen. Shettima as governor of Borno State sabotaged and frustrated the Jonathan’s administration in its effort to curb insecurity in Borno State Records still have it on how the APC Vice Presidential candidate as governor of Borno State failed to act on a security report and directive to close schools in remote parts of Borno State and relocate students to the more secure capital of Maiduguri to write their GCE examinations; thus creating the opening for the cruel abduction of school girls in Chibok, Borno State.

“Nigerian will also note how the then Governor Shettima abdicated his duty as chief security officer and reportedly withheld vital security information in preference to non-state actors including terrorist elements, thereby frustrating the timely rescue of the abducted Chibok girls.

“It can also be recalled that after the infamous abduction, the principal of the school was subsequently appointed as a commissioner in Borno State by the then Governor Shettima; a development many considered as a compensation for her alleged role in the abduction.

“It is therefore ironic that these same APC leaders who also spent the last seven years insulting and harassing Dr. Jonathan now shamelessly arranged a visit and photo opportunity in an attempt to launder their image and hoodwink Nigerians from the atrocities and monumental evil they brought to our country.

Why We Can’t Leave Nigeria Security Apparatus For Shettima – PDP

“It is indeed provocative that after turning our nation into a vast killing field by emboldening terrorist elements to massacre our citizens; wrecking our once robust economy, elevating corruption to an official state policy and turning our nation into the poverty capital of the world, APC leaders are seeking to beguile Nigerians again.

“We are aware that these APC leaders have lined up several illusory antics to mislead Nigerians ahead of the 2023 general elections, but they must know that Nigerians have moved on and cannot be swayed by propaganda, lies, false promises and photo ops with successful individuals.

“What is expected of APC leaders at this moment is to apologize unreservedly to Dr. Jonathan, the PDP and Nigerians for the life-discounting situation they have foisted on our nation in the last seven years.

“After that they should quietly quit the stage, take valedictory pictures with terrorists, political thugs and election riggers since they cannot have any space among well-meaning Nigerians.”

I Lost Lot Of Money As A Result Of Eagles’ World Cup...