REVEALED: How Nigerians In Dubai, Others Caused… 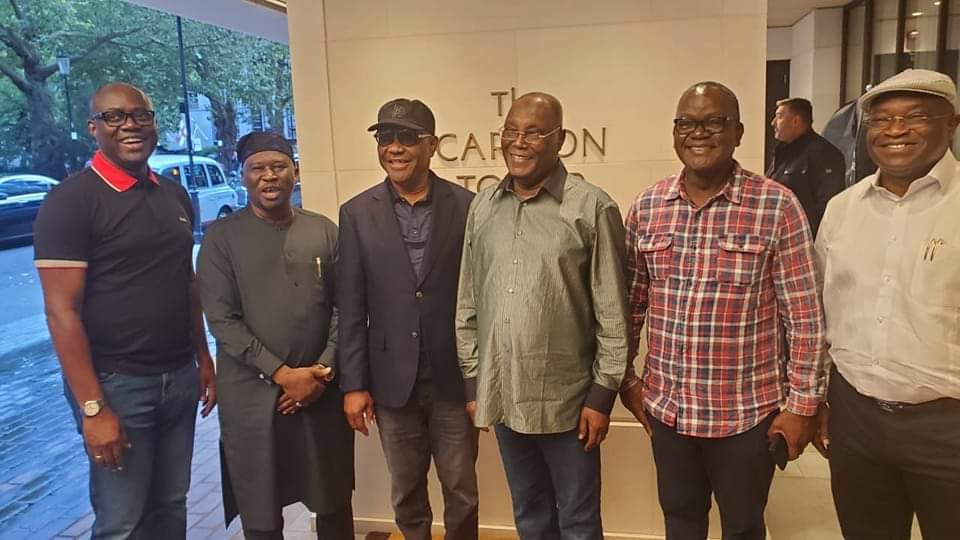 After reportedly arriving back in the country from the United Kingdom on Sunday, Rivers State Governor Nyesom Wike and his associates may have decided to prevent reconciliation with Atiku Abubakar’s campaign for the Peoples Democratic Party (PDP) presidency.

Wike and three other PDP governors in his camp—Seyi Makinde of Oyo, Okezie Ikpeazu of Abia, and Samuel Ortom of Benue—have clashed with Atiku’s camp over the imbalanced makeup of the main opposition party’s leadership structure.

The campaign had requested that Atiku convince Senator Iyorchia Ayu, the party’s national chairman, to step down so that a southerner could take his place.

A party source told Newsmen on Sunday that since the last meeting between Atiku and Wike’s supporters in London, the two camps had refused to change their positions.

The source said: “There is no new development on the matter because nothing has changed since they had that meeting in London a few days ago.

“As a matter of fact, we can’t see any positive signs of compromise between the two camps. Rather the two sides are rigidly sticking to their guns regarding the resignation of the National Chairman. So that is the situation at the moment.”

But according to the source, Governor Wike and his associates may be too late to leave the PDP at this point.

The source claims that Wike and his supporters might stick with the PDP and seek to thwart Atiku’s election.

He added: “The truth is that the Rivers governor and his co-travelers are more concerned about their political future post-2023 because they don’t see Atiku and the PDP winning the presidential election.

“Even Atiku and the PDP leaders are unsure of their chances in 2023 because some developments have changed the political equation this time around.

“The presence in the race of Peter Obi and his Labour Party and Kwankwaso flying the flag of the New Nigeria Peoples Party (NNPP) has narrowed the chances of the PDP than what was obtained in the 2019 election.

“Added to the uncertainty is the strength and formidable structure of the APC presidential candidate, Bola Tinubu, who by every indication constitutes a serious threat to Atiku and the PDP.”

The National Caucus and National Working Committee (NWC) of the PDP will meet on Wednesday, according to Anaedoonline.ng.

After that, on Thursday, the party’s National Executive Committee (NEC) and Board of Trustees (BoT) will meet.