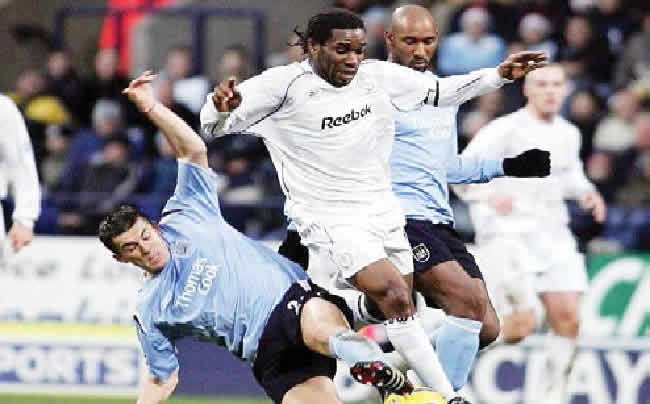 Even in retirement, fans, particularly those who saw him play, have not stopped talking about the master-stunning dribbler’s skills, which wowed the global football faithful during his sparkling career, according to ANAEDOONLINE.NG.

Okocha, regarded as one of the best dribblers the game has ever seen, wowed many during his career until retiring in 2008.

Okocha had it all. 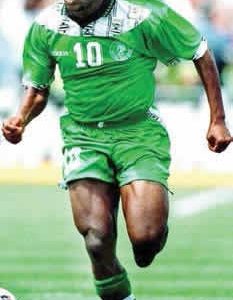 He could dribble past a defender in a blink. He could pass the ball long and seemed to throw it much longer. He could blast rocket shots from a distance and scored many fantastic goals.

“You’d want to be on his team in training five-a-sides,” Davies told The Athletic.

“Because if you were against him he could make you look stupid.

“But he couldn’t do it in an arrogant way: he’d always have a little smile on his face (when he was making you look stupid). You couldn’t see the ball or where it went.

“He could do anything with the ball. He was a magician.”

Three-time French Player of The Year Alain Giresse can’t forget the day he saw the Nigerian genius, who was then at PSG, smash in a goal totally out of the ordinary in Ligue 1.

The 1994 AFCON winner made his league debut for the Parisiens on September 12, 1998 against Bordeaux and displayed a bit of the magic he had been renowned with.

The home side were already 2-0 up – thanks to second half strikes from Lilian Laslandes and Sylvain Wiltord – when the Nigerian playmaker was introduced in the 75th minute.

Two minutes later, the whole stadium erupted in shouts of joy as Okocha produced a moment of pure genius.

The Nigerian picked up the ball from the half-way line, dribbling past a Bordeaux defender before unleashing an unstoppable shot into the top corner.

PSG still lost the game 3-1 but their coach on the day, Giresse, is still in awe of Okocha’s wonder strike 22 years after.

“I remember the first time he did that, it was when I was in Paris, on the side.

“He fixed his defender, and he made his double pass of legs. We were there, with an admiring side. And it happened quickly.

“How do you want to learn this? It is something that is a little supernatural.”

The 46-year-old’s dexterity has often led to debates on who is the better dribbler between the Nigerian and Brazilian legend, Ronaldinho Gaucho.

However, Frank Khalid, a British entrepreneur, and owner of West London Film Studios, in a tweet on Tuesday, posted a scintillating record of Okocha during his debut appearance at the 1994 World Cup.

“The most successful dribbles in a World Cup match since 1966: Jay-Jay Okocha playing for Nigeria with 15 against Italy in 1994. A natural born entertainer,” Khalid wrote on Twitter.

The tweet, however, drew reactions from fans, who eulogised the former Paris Saint-Germain midfielder.

A Twitter user Victoria Ascerta wrote, “He was so good they named him twice. Jay Jay was the purest natural footballing artist that ever played the game. Pure ecstatic entertaining artistry was always guaranteed once Jay Jay is on the ball.

“Etim Esin was nicknamed Maradona but was not close to Jay Jay in skill showmanship in addition to his very massive challenge with indiscipline.”

Ibrahim Kunle added, “Natural ball jogger, I really miss those accurate passes he provided. He would dribble five people with the same skill at intervals…I give it to you my man Austin Jayjay Okocha.”

Agreeing with Khalid’s assertion of Okocha, Mark RealDon said, “I love the last Statement ‘Natural Born Entertainer’. His target was to entertain rather than trophies.”

“Ronaldinho, Rivaldo, Jay Jay Okocha and Kanu Nwankwo were not found in the academy but were found in the streets. The day football became business for the rich was when the quality of football declined,” Kunuhor Andrexx said.

Iredia Supreme tweeted, “Till date, no player is as skillful as he was, not Ronaldinho, not Neymar, not Messi, not Robinho. None.”

BigG Patriot believes Okocha with his current age is still miles ahead of some players still in the game.

He wrote, “At almost 50, he’s still better than 90% of current midfield players. Watched him the other day with African legends, his moves and plays were the same as before. The younger decorated retirees couldn’t even control the ball anymore. But Jay Jay was the same natural talented wizard.”

Inevitable Alonso simply wrote, “So good they named him twice.”

Kbee was of the opinion that Okocha in this current value would have been the most expensive player ever.

“Jay-jay will cost £250m in the recent transfer market. What a baller,” he tweeted.

Omobolaji Beejaysport said, “Yes. This man made me fall in love with football. But we lost the match to Italy. Roberto Baggio was a beast of a footballer.”