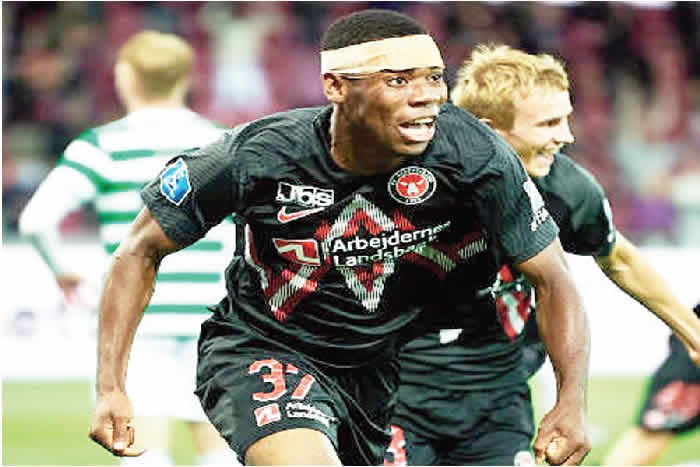 Raphael Onyedika, a newly acquired Nigerian midfielder for Club Brugge, has revealed his admiration for Juventus and France midfielder Paul Pogba, stating that the former Manchester United player is someone he looks up to.

The Belgian top division team officially announced the signing of Onyedika from Danish club FC Midtjylland despite being connected with a number of clubs in Europe.

The teenager was signed by the defending Belgian First Division A champions, AC Milan, who also had interest in him.

Onyedika enjoyed a great season at Midtllyand last term and was instrumental to the club’s success, a performance which earned him the Danish topflight’s Young Player of The Year award.

The Nigerian came in as a second-half substitute against Cercle Brugge over the weekend and already left a promising impression.

Speaking on his debut for his new club, Onyedika said Pogba was one footballer admired, adding that he hoped to become one of the world’s best in his position, just like the Fenchman.
“I like to win duels and am also good with the ball at the foot,” the Imo State-born midfielder said, as per Voetbal Nieuws.

“Personally, I look up to Paul Pogba. A lot of people say we look alike, but I just want to be the best.”

On his decision to snub AC Milan for a move to Brugge, the FC Ebedei Academy product maintained that he signed for the Belgian champions because the club’s ambition matched his.

“I chose Club Brugge because they are the best team in Belgium and because they want to win everything,” Onyedika said.

“I also want to win everything, so that’s a good combination. I have also heard that Club Brugge has the best supporters in Belgium.”

Onyedika has been named by manager Carl in his squad to face Bundesliga side Bayer Leverkusen in the UEFA Champions League group stage opener on Wednesday (today).