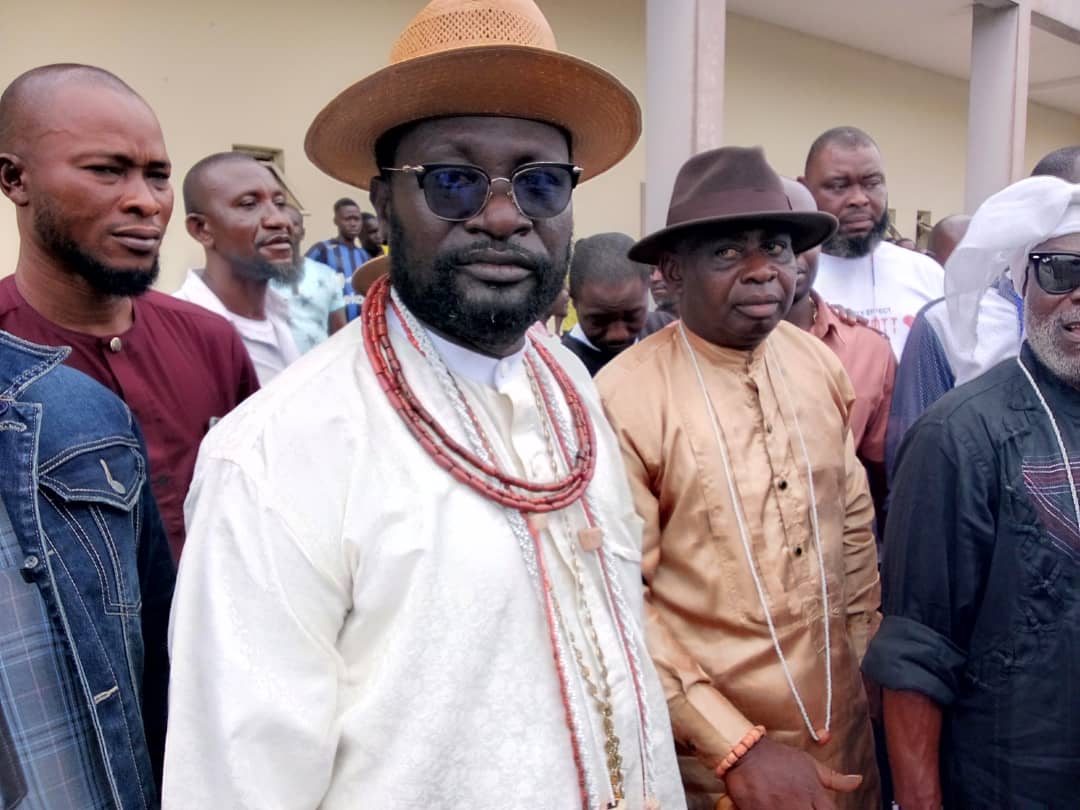 Daniel Galassi, the newly installed Eghare-Aja of Ugborodo of a major oil-bearing community at Escravos in Delta State’s Warri South-West Local Government Area, has called for stakeholders to meet for formal deliberation with international oil companies on the Petroleum Industry Act as it affects the host community.

The Eghare-Aja, who is also the Chairman of the Riverine Community’s Council of Elders and Administrative Head, made the announcement immediately after being formally revealed to the public at Ode-Ugborodo.

According to ANAEDOONLINE.NG, the meeting is slated on September 17, 2022 in the Ode-Ugborodo village.

The Eghare-Aja said, “The stakeholders meeting is being organised so that the communities can have a way forward with all the international oil companies, which operate in the five clans comprising Ugborodoland, namely Ode-Ugborodo, Ogidigben, Ajidaido, Madangho and Igaghala.”

He expressed his appreciation to the entire sons and daughters of Ugborodo community for the confidence reposed in him, promising not to let them down.

Speaking earlier, a prominent Itsekiri leader, the derobed Ologbotsere of Warri Kingdom, Chief Ayiri Emami, noted that the unveiling ceremony held inside the Ode-Ugborodo Town Hall, was organised to complete the process of the installation of the new Eghare-Aja which took place a day earlier at the traditional ancestral home.

40% Of Doctors Unemployed In Nigeria – NMA

The ceremony featured Pa Benson Omafele, the Olaja Orori of Ugborodoland and Prince Perry Ate, the Igbakoh, joining Chief Ayiri Emami in unveiling the new Eghare-Aja, who became the Chairman, Council of Elders and Administrative Head of the riverine community.

Emami advised the newly-unveiled traditional head to bring together all those who were agitated in the process of his emergence “to ensure enduring peace, development and progress of the community.”

He also charged the entire community to “queue behind the new Egharaja of Ugborodo and work together for the interest of the community.”

Specifically, he enjoined aggrieved indigenes to jettison their grievances and collaborate in the overall interest of all, just as he pledged to continue to support in the development processes in the community.